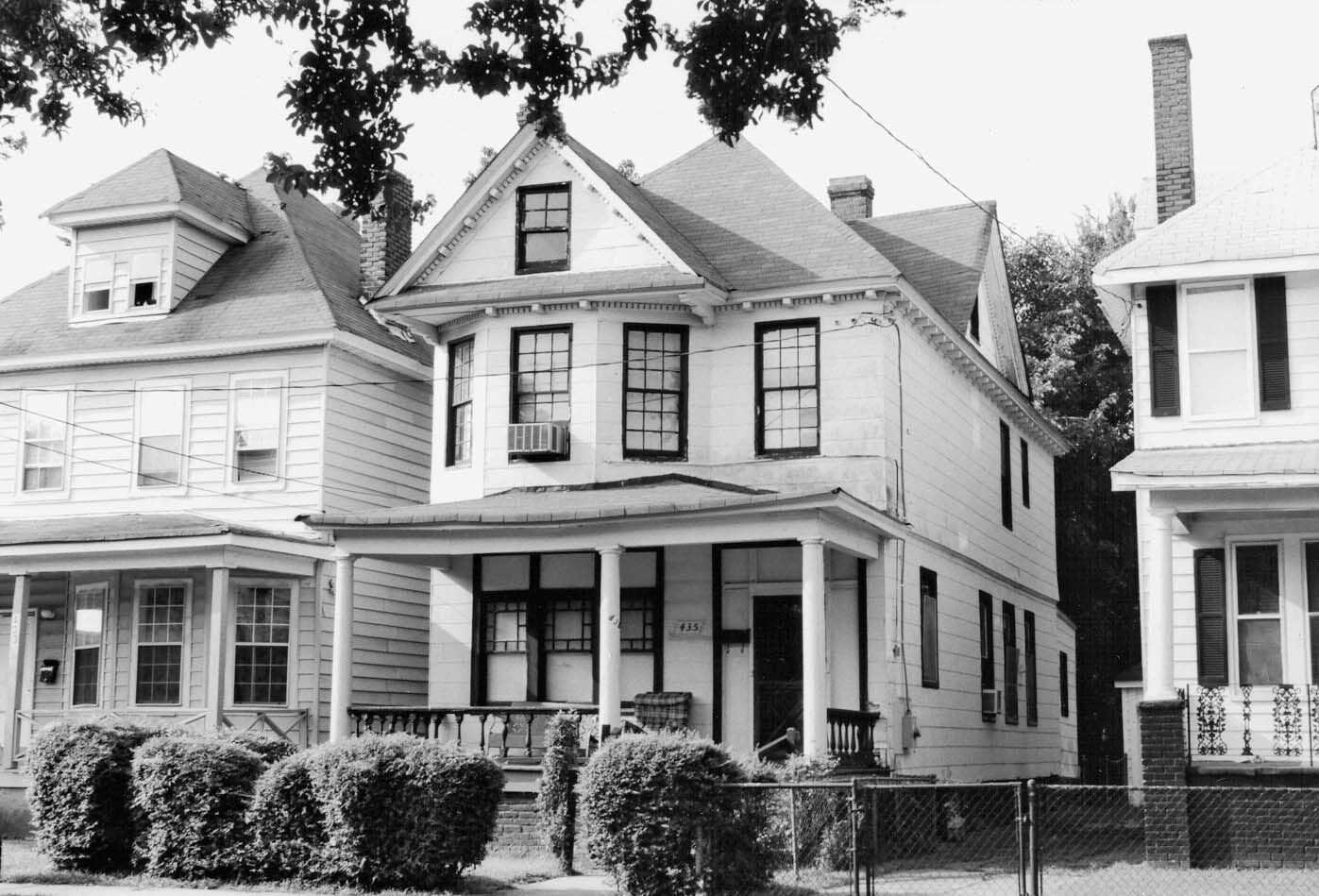 Located north of Norfolk’s city center, the 347-acre Park Place Historic District comprises four major residential developments dating to the late 19th century: Kensington, Park Place, Old Dominion Place, and Virginia Place. There is also a low-scale industrial section within the district that arose in conjunction with the extension of a rail spur to the docks at Lambert’s Point in 1884 by Norfolk & Western Railway. The success of Norfolk’s first planned suburban development, Ghent, led to the sale in 1890 of numerous small farmsteads surrounding the downtown area including the land for Park Place. That original purchase was followed by additional land acquisitions and developments in the area in 1896, 1898, and 1902. The extension of a streetcar line in 1898 and the creation of Lafayette Park, Norfolk’s first park, further enhanced Park Place’s attraction and convenience for families to settle there. With easy access to downtown and proximity to industry along the railroad line, the district thrived from 1910 to 1920; thereafter, homes and buildings continued to be added and improved into the 1950s. At the time of listing in the registers, the district contained 1,532 contributing historic resources; collectively they encapsulate the development of Norfolk from 1884 to 1955.

Additional documentation was submitted to the National Register in 2017 to correct mapping of the historic boundary of the Park Place Historic District, and to add one entry in the district inventory that had been erroneously omitted in 2006.
[NRHP Approved: 6/5/2017]