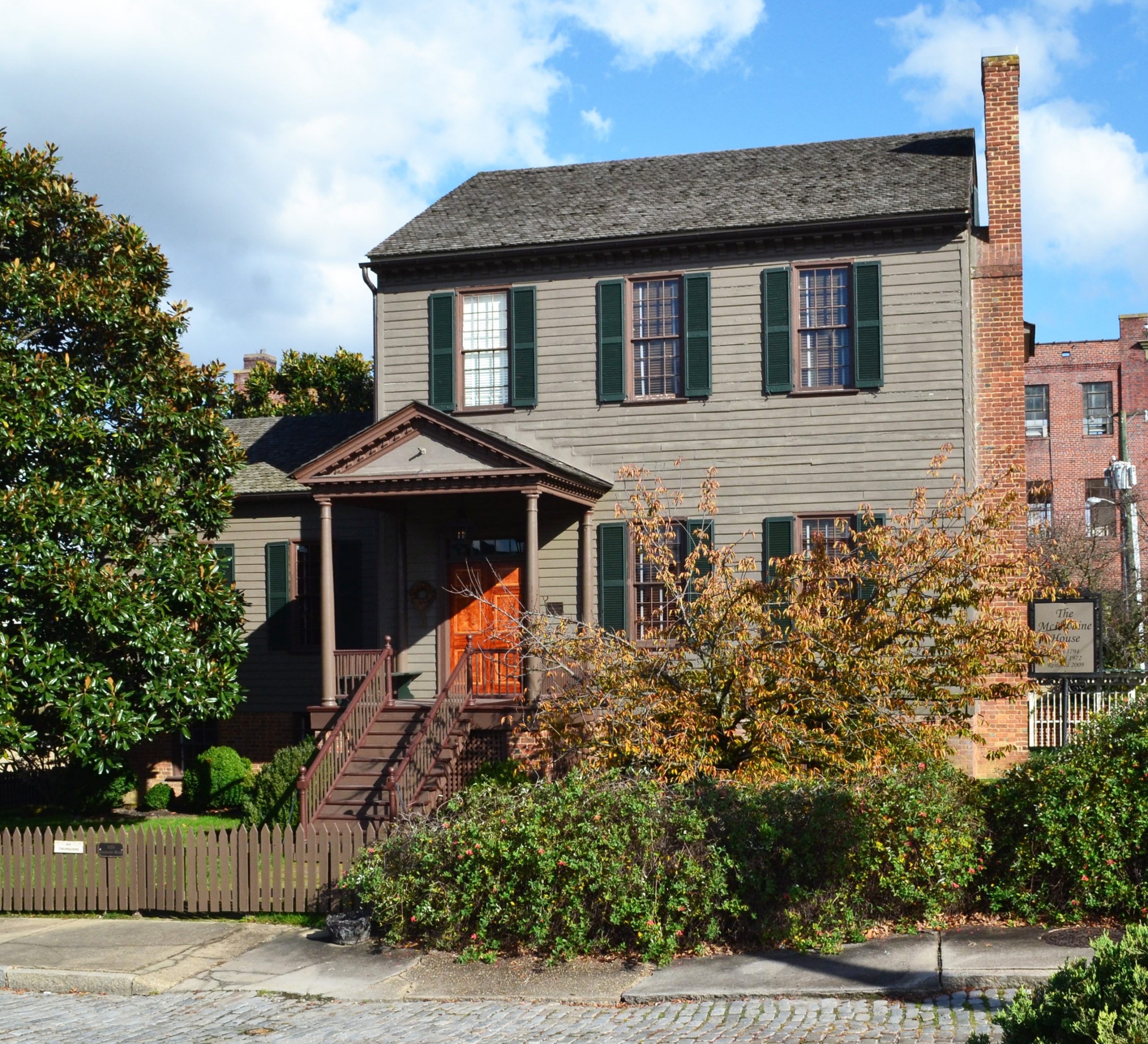 The rich quality of Petersburg’s Federal-style architecture is elegantly displayed in the 1815 McIlwaine House, originally the home of George Jones, one of the city’s mayors. Relatively conventional on the outside, the house has an interior enriched with woodwork employing the intricate elaboration characteristic of the city’s older buildings. The parlor chimneypiece, with its flanking arched recesses, is a testament to the city’s Federal-period craftsmanship. From 1831 to 1878 the house was the home of Archibald Graham McIlwaine, an industrialist and financier. In the early 1970s, road construction required the house to be moved from South Market Street to its present site. The building was donated to the Association for the Preservation of Virginia Antiquities (now Preservation Virginia), which undertook the move and a partial restoration. It was purchased by the city of Petersburg in 1984 for use as a museum and visitors’ center until its acquisition in 2009 by a private citizen. Returned to its original residential function, the house underwent a painstaking rehabilitation effort that was recognized in 2011 with a Historic Preservation Award from Preservation Virginia.