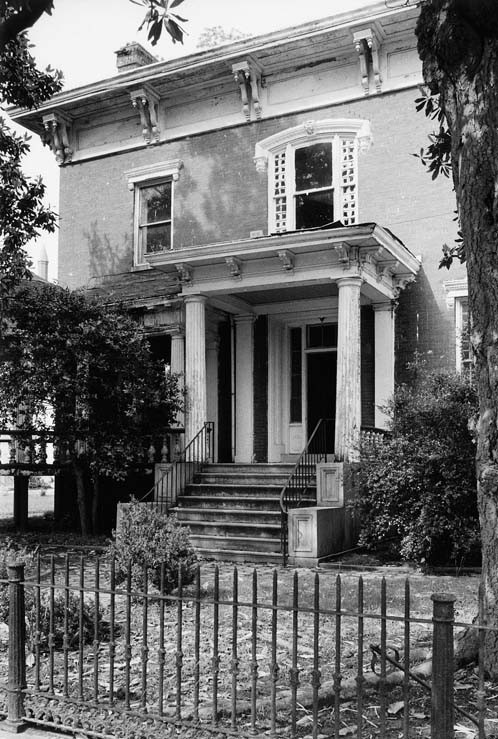 Thomas Wallace, a merchant and lawyer, had this Italianate mansion erected in 1855 on Market Street, then the principal artery of a fashionable quarter. The finely built structure followed the pattern of Virginia antebellum urban houses by having a two-level portico on the rear. The house was further embellished by a deep bracketed cornice, pressed brick veneer, and cast-iron window cornices. During the Civil War the house served briefly as the headquarters of Gen. Ulysses S. Grant. On April 3, 1865, Grant met with President Abraham Lincoln in Wallace’s library to discuss the final strategy of the Civil War. It was Lincoln’s last meeting with his commanding general. Today, the house, though shabby from years of vacancy, is among Market Street’s few remaining grand dwellings. The classical veranda with its curved projection is a later embellishment.