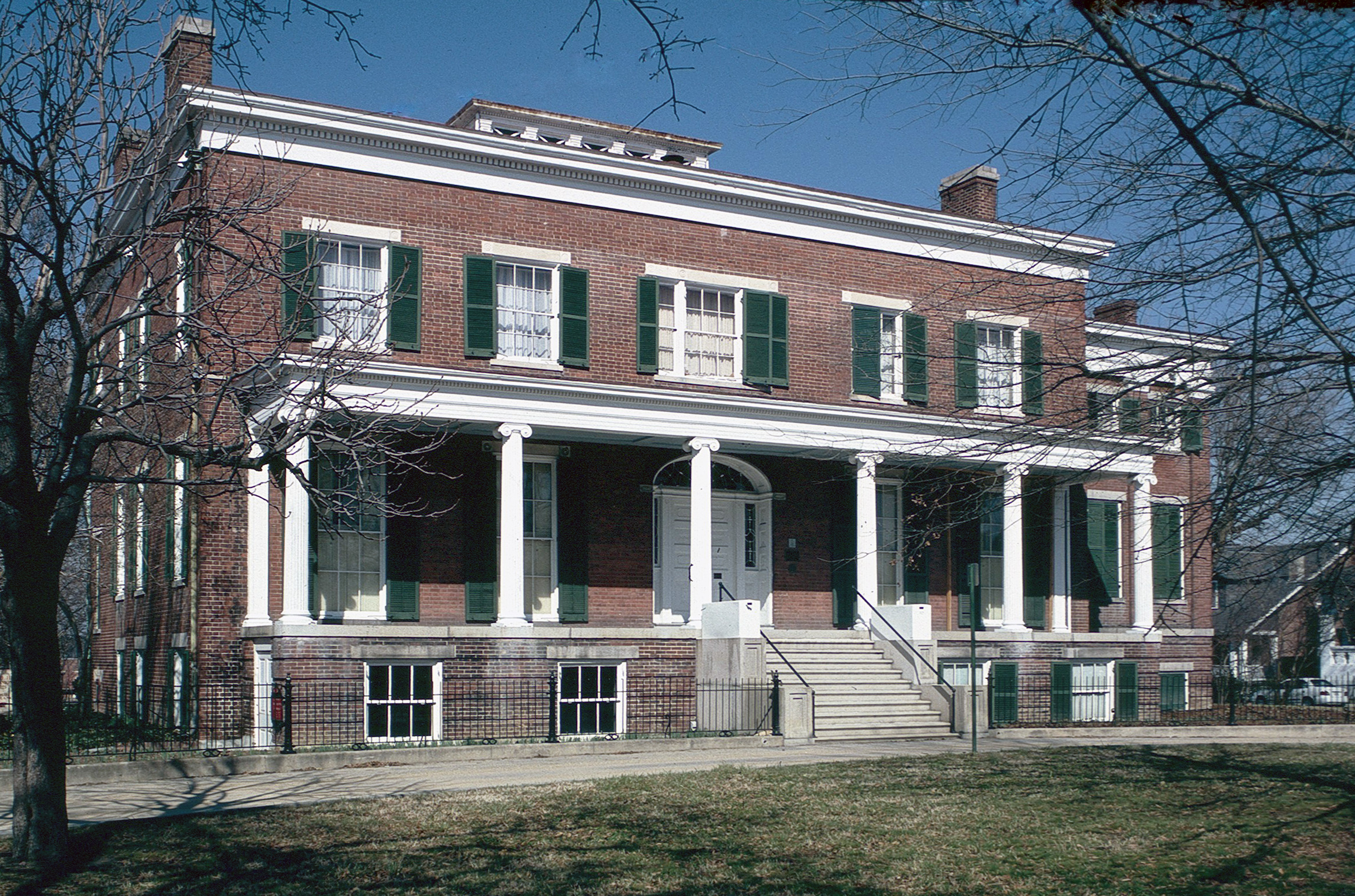 One of Virginia’s largest and most richly appointed historic houses, Centre Hill symbolizes the prosperity and sophistication enjoyed by antebellum Petersburg. It was completed in 1823 for Robert Bolling, who had amassed a fortune in Petersburg real estate, tobacco inspections, and industry. It was made even more elaborate in the 1840s and 1850s when the present veranda and east wing were added and the interior trim was augmented and elaborated. Following the siege of Petersburg during the Civil War, the house was commandeered for Union headquarters by Gen. G. L. Hartsuff, who was visited here by President Abraham Lincoln on April 7, 1865. Centre Hill remained a Bolling home until 1900 when it was purchased by Charles Hall Davis, who further embellished the interior, adding a Federal-revival stair. President William Howard Taft was a guest at Centre Hill in 1909. The handsomely restored mansion is the centerpiece of the Centre Hill Historic District, and is now a city-owned museum.