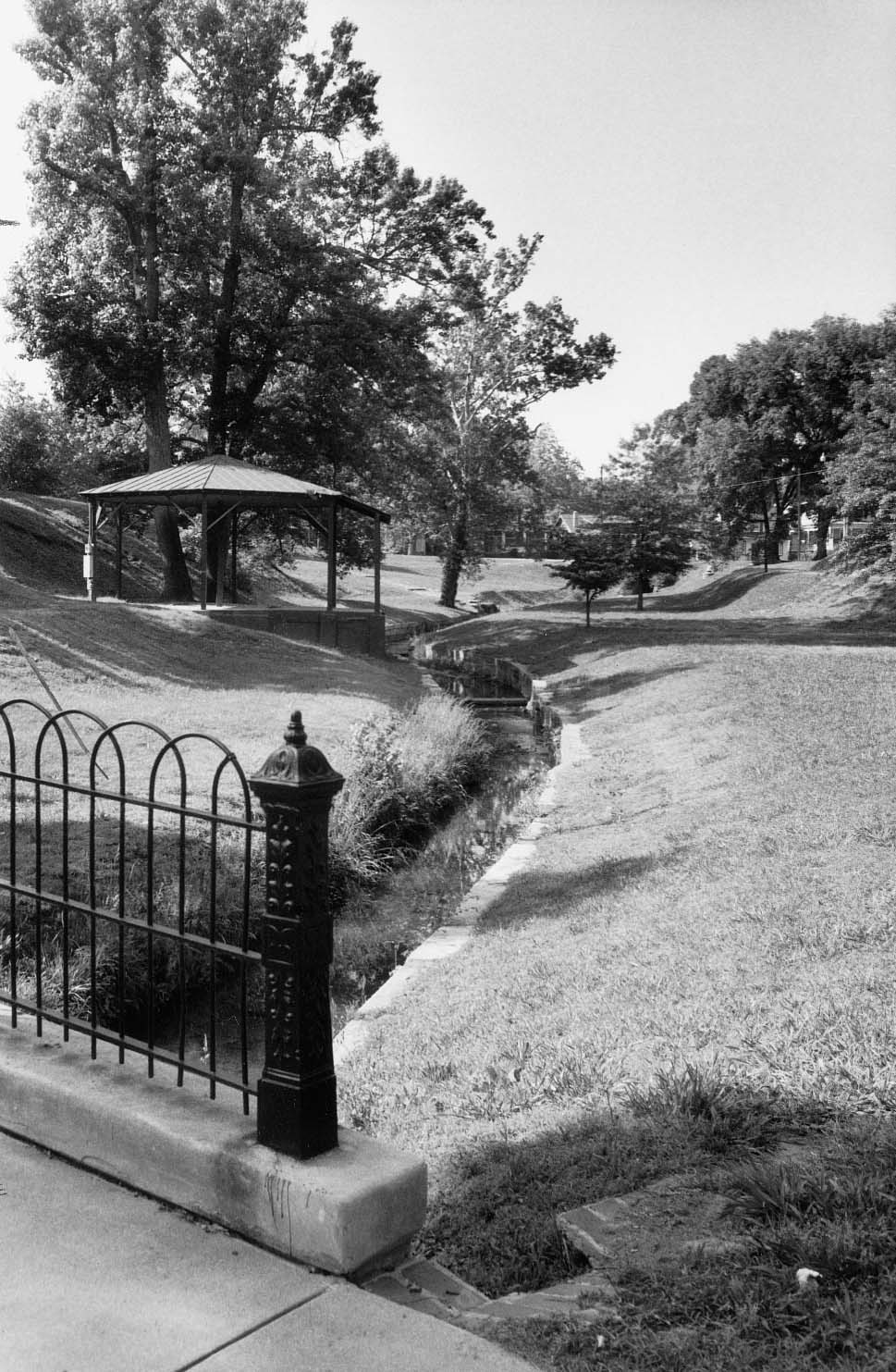 The Poplar Lawn Historic District began as a fashionable 19th-century neighborhood developed around a two-block public park originally known as Poplar Lawn, and now called Central Park. The park was set aside as a public open space in the first decade of the 19th century. In 1846 it was acquired by the city and transformed into a romantically landscaped common in the style of Andrew Jackson Downing. The park has been the scene of many public gatherings and military exercises. Through the 19th century, many houses were erected in the adjacent eleven blocks, most of them set in tree-dotted yards. Though the park itself has lost much of its early ornamental character, it has seen some restoration. The neighborhood has retained its genteel air, and many of its houses have been rehabilitated. Architectural highlights are the Federal-period Zimmer House and the Georgian Revival-style Trinity United Methodist Church.

In 2005, the boundary of the district was increased to include 35 blocks in four areas surrounding the original Poplar Lawn Historic District. The expanded area shares the same patterns of use, period of development, architectural styles, materials and methods of construction, and general streetscape that characterize the existing district. The expansion area also includes several churches and residences associated with African American history during the post-Reconstruction period of the late 19th century and the Civil Rights movement of the mid-20th century; the D.M. Brown School, the sole survivor in a neighborhood that once had four other schools; and the Waterworks, built in 1856 by the City of Petersburg to provide public water to the neighborhoods in the area.
[VLR Listed: 12/7/2005; NRHP Listed: 2/10/2006]