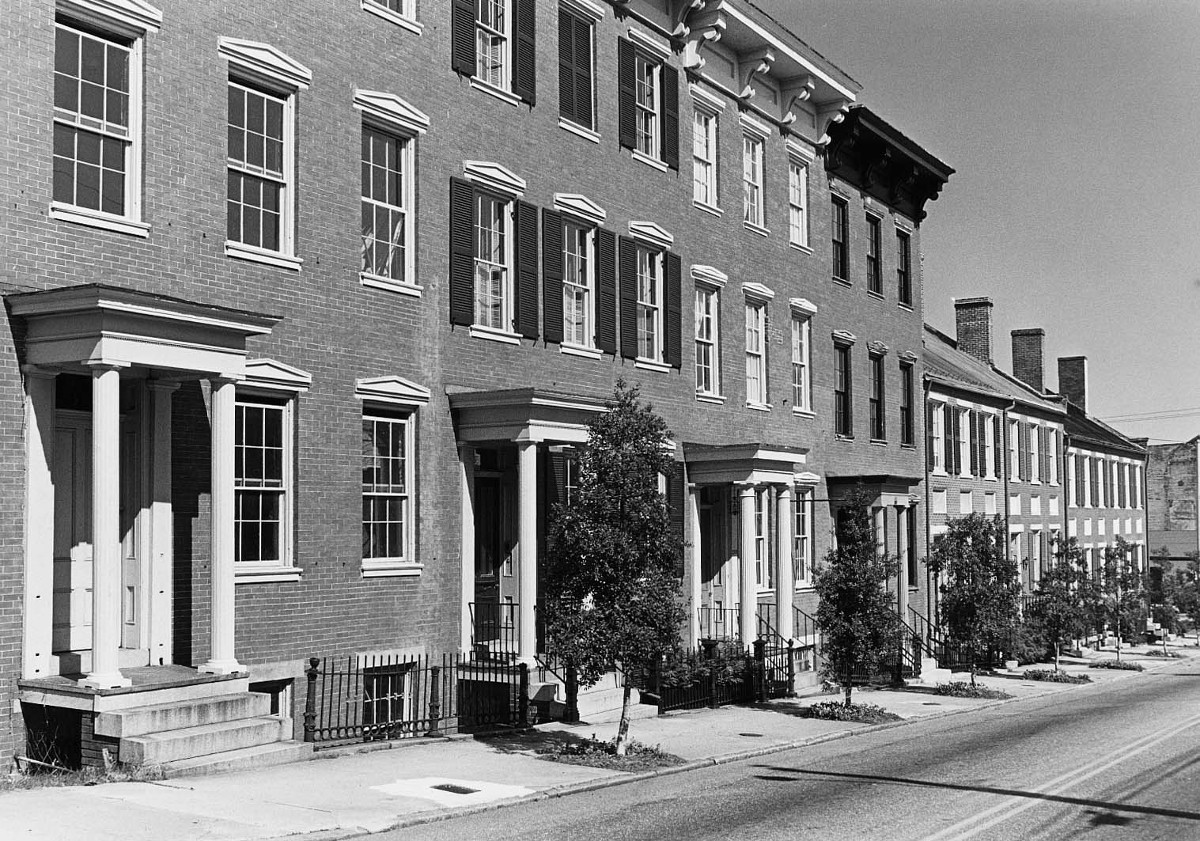 Occupying the lower part of the central business district and the High Street and Grove Avenue residential areas, this large district incorporates approximately 250 buildings on 190 acres. One of Virginia’s oldest cities, Petersburg began as a fur trading post in the mid-17th century. The district possesses a diversity of residential, commercial, and industrial architecture, mostly of the 19th and early 20th centuries. Of special interest is the stylistically varied progression of 18th- and 19th-century houses lining High Street. A group of early workers’ cottages is clustered in the southwest portion of the area. Railroad buildings, factories, tobacco warehouses, an ironworks, and a variety of mercantile buildings are in the low areas near the Appomattox River. Although it has suffered fires, Civil War bombardment, commercial redevelopment, and a devastating tornado, the district preserves one of Virginia’s richest assemblages of historic buildings.

The district boundary was increased in 2008. The expansion is contained in the city’s oldest area and enlarges the district to include four former manufacturing buildings built between 1897 and 1930. Located at the southeast corner of the district, the buildings are typical in style and detailing of commercial and industrial buildings constructed in Petersburg during the time period. Formerly housing a candy factory, peanut factory, auto repair shop, and apartments, the four buildings illustrate the industrial evolution of Petersburg during the early 20th century.
[VLR Listed: 6/19/2008; NRHP Listed: 9/12/2008]

In 2012, the district boundary was extended east to Interstate 95 between the Norfolk & Western Railroad line and East Bank Street. The streets represented in the expansion include Fifth Street, Bollingbrook Street, North Madison Street, East Bank Street, and Henry Street. The majority of the buildings in the expansion area are contributing resources and largely consist of warehouse and light industrial forms. Until the early twentieth century the expansion area was occupied by a combination of working class residential units and food storage warehouses. The houses are no longer extant, but the warehouses at 409 Fifth Street and 427 Bollingbrook Street remain from this period, as does the brick foundation of a former peanut warehouse which is integrated into the cinderblock warehouse at 317 East Bank Street. Many of the residential resources on the east side of Interstate 95, outside the historic district, reflect what existed in the district expansion area in the early twentieth century. The remaining buildings in the expansion area fall into two main types: mid-twentieth century warehouses and small light industrial/commercial buildings. The exception is the ca. 1925 former service station at 203 Henry Street on the corner of Third Street.
[VLR Listed: 9/20/2012; NRHP Listed: 12/28/2012]