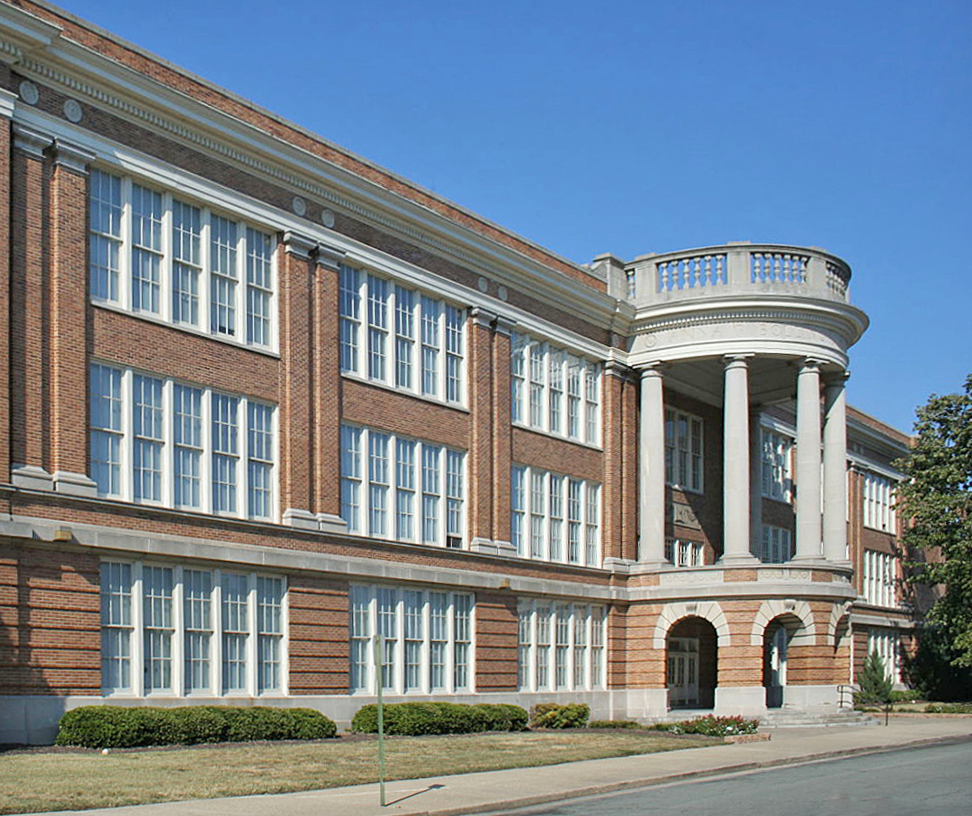 Anna P. Bolling Junior High School was built in 1926 during a period of growth in public school construction in Virginia. The architect, Charles M. Robinson, was prolific in designing educational buildings —primary, secondary, and collegiate—across the state. Anna Peyton Bolling, for whom the school was named, was a member of a prominent Petersburg family, and served as principal of Petersburg High School from 1876-1907. The Bolling School’s level of architectural sophistication indicates the increased importance given public education during the first two decades of the 20th century. An impressive example of the Second Renaissance Revival style, the school features a handsome exterior dominated by a three-story, semicircular portico, a well appointed interior with terrazzo-tile floors, and glazed-brick wainscot throughout. The school served as a junior high school until the late 1960s.