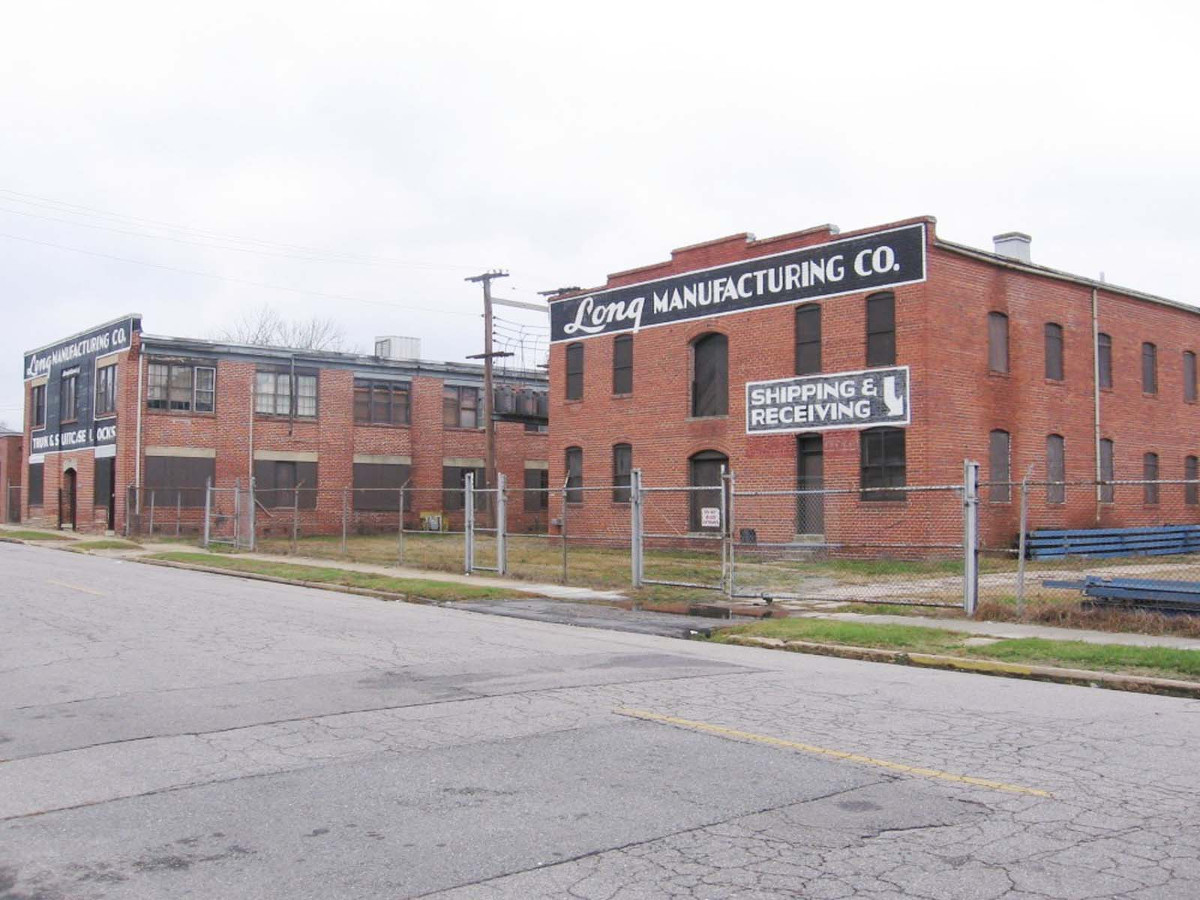 Located on the west side of Petersburg, the Commerce Street Industrial Historic District is an early 20th-century industrial corridor in the heart of a 19th- and early 20th-century residential neighborhood. The district has always possessed a mixture of industrial, commercial, and residential land uses, a pattern established in the early 1800s with the construction of the Upper Appomattox Canal, around 1807, and continued into the 20th century with the construction of the Seaboard Air Line Rail Road in 1902. The industrial buildings located in the district are associated with two of the primary 20th-century industries in the city: the manufacture of trunks and optical lenses. The manufacture of trunks filled the industrial void created by the decline of the tobacco and cotton industries, while the Titmus Optical Company grew into a major international manufacturer of prescription lenses and optical equipment. The modest one- and two-story dwellings on the north side of Commerce Street are all that remain of the residential development that coexisted with the industrial buildings.