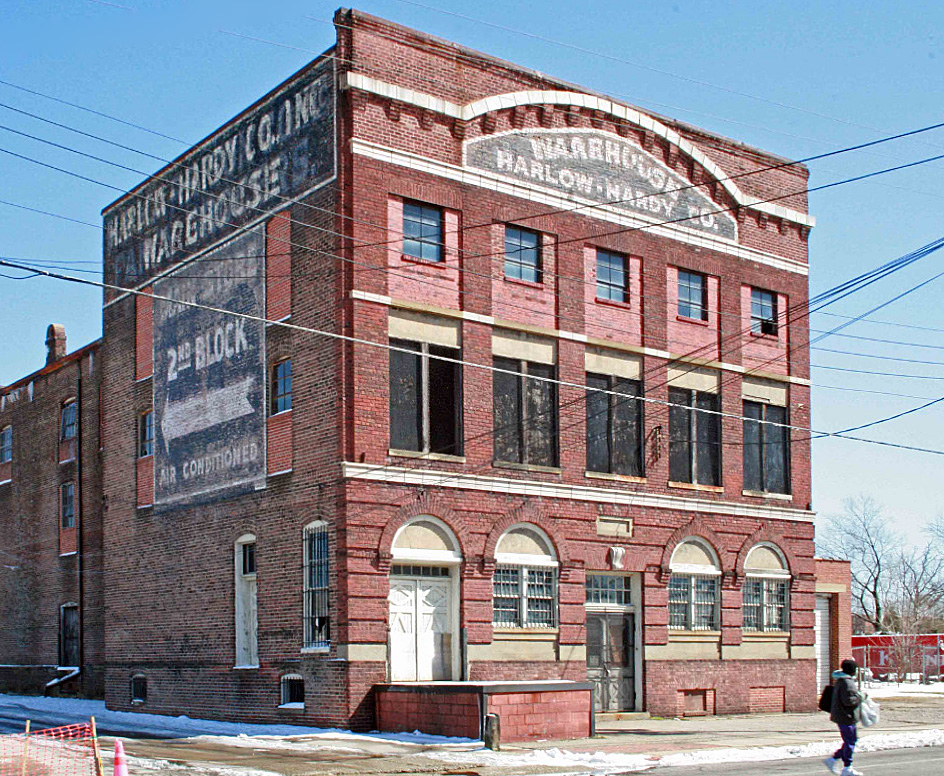 Located just south of Petersburg’s historic core, the Atlantic Coast Line Railroad Commercial and Industrial Historic District tells the story of the city’s tobacco industry from 1879 through the early 1960s when Brown & Williamson Tobacco Company had its largest cigarette factory there. The district was also home to other commercial enterprises including wholesale grocery-, confectionery-, and automobile-related businesses. The Atlantic Coast Line Railroad cut diagonally through the area, tying together the disparate parts of the district with spur lines to most of the industrial and commercial buildings. The railroad, one of several that served Petersburg, reflects the city’s importance as a transportation hub in the 19th century. During the early- to mid-20th-century, commercial enterprises constructed along the district’s West Washington Street reflected the shift from a railroad to an automotive economy and society. The district also displays a development pattern typical of Petersburg, wherein industrial, commercial, and residential buildings rose in close proximity to each other.