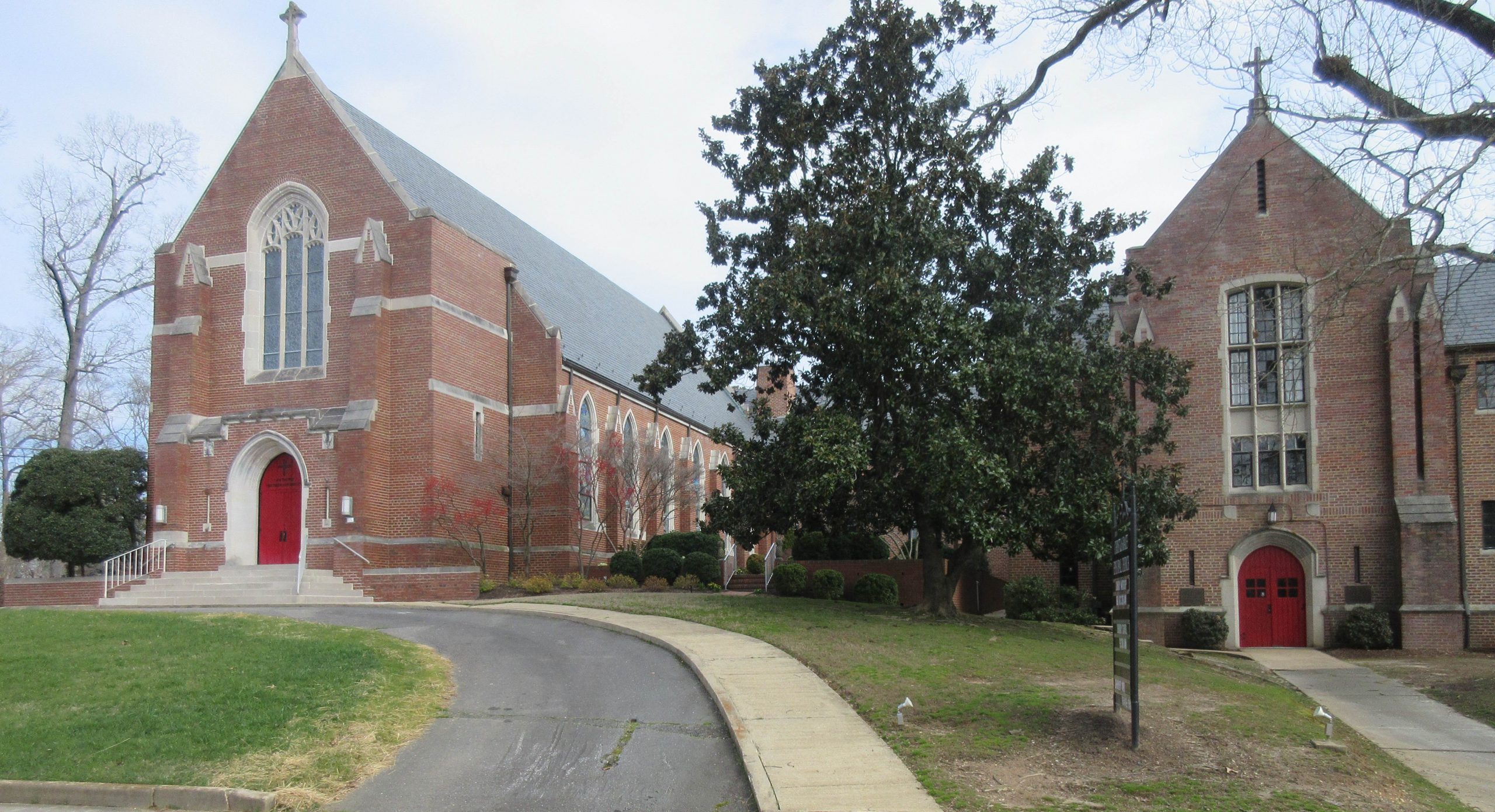 Locally important in Petersburg for its Gothic Revival architecture, Christ and Grace Episcopal Church arose in two sections through two separate building campaigns. It began in 1925 with construction of Grace Church Chapel, a parish house built for a future church complex, designed by architect Frank Watson, a leading proponent of the Gothic Revival style. The chapel served as the home of Christ Episcopal Church from 1928 until 1953, the year it merged with Grace Church and became Christ and Grace Episcopal Church. In 1955, church officials approved adding a nave and chancel to the complex and the completed church opened in 1957 to the blended congregations. Since then, the building has remained largely unaltered. The church exemplifies the architectural designs Episcopal parishes erected during the first decades of the 20th century, the height of the Gothic Revival movement. It is notable for continuing that design aesthetic into the mid-20th century, under the guidance of architect William Heyl Thompson, who adapted the Gothic Revival design to the reduced expectations of the post-World War II era. From start to finish, the same architectural firm oversaw the church’s plans during its 30-year span of growth.