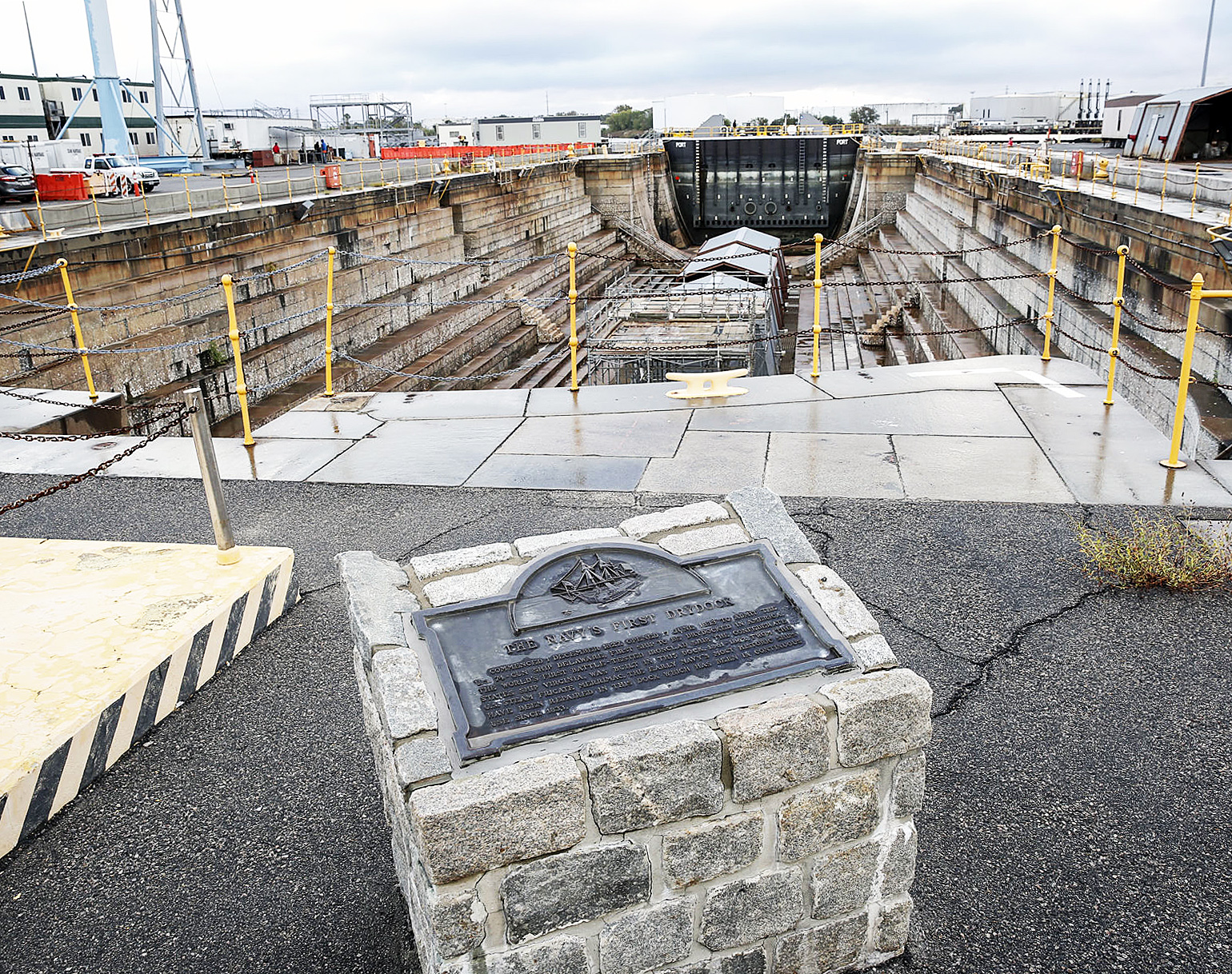 Constructed of large blocks of Massachusetts granite with sides built up in a series of giant tiers, this impressive engineering work is one of the first two drydocks erected by the U.S. government. Begun in 1827 and completed in 1834, it remains in regular use at the Norfolk Naval Shipyard, the nation’s oldest shipyard, established in 1767. Here the Confederate navy rebuilt the frigate Merrimac, which was renamed the Virginia and became the world’s first battle-tested ironclad ship. The overall length of the drydock is 319-1/2 feet. It remains as built except for the replacement of its caisson.