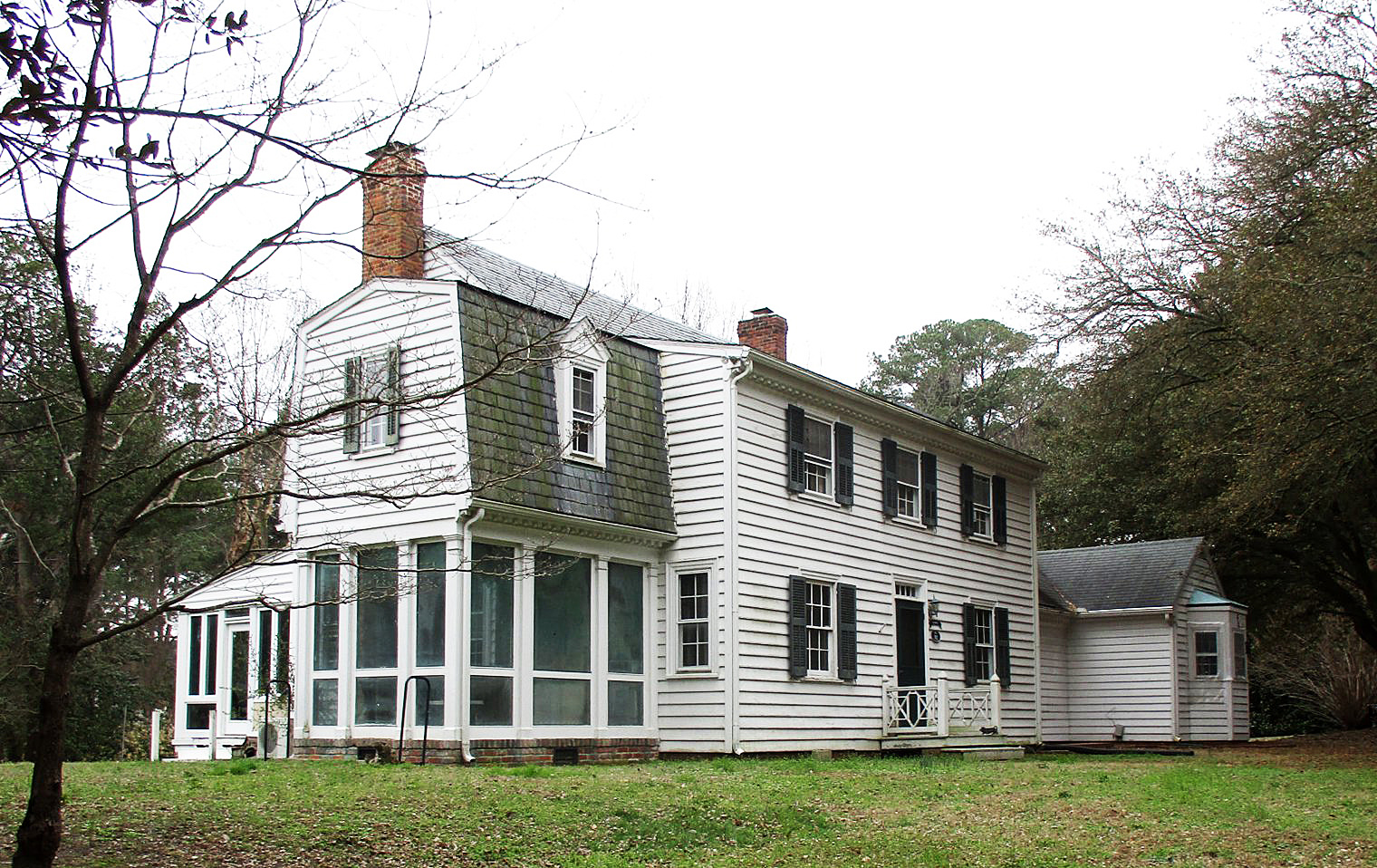 Portsmouth’s Abigarlos is a rare rural residence in the city, a survivor from the early 19th century that stands on a remnant of its original farm acreage. Constructed around 1812, the house has remained in the Carney family, who relocated it on the property in 1896 and 1940. After that last move, then-owner Lucy Carney Warner renovated and expanded the house with plans drawn by Mary Ramsay Brown Channel, who retained significant Federal-style features of the original house while reorienting it and adding a former servant’s quarters as an attached kitchen wing, as well as a two-story addition. Abigarlos is important for its association with Channel, the first female architect registered in Virginia. After earning her architecture degree from Cornell University in 1933, Channel returned to her native city of Portsmouth and passed Virginia’s licensing exam for architects in 1935. She mostly did new residential designs, along with a few ecclesiastical commissions. Abigarlos appears to be her only significant historic preservation project.