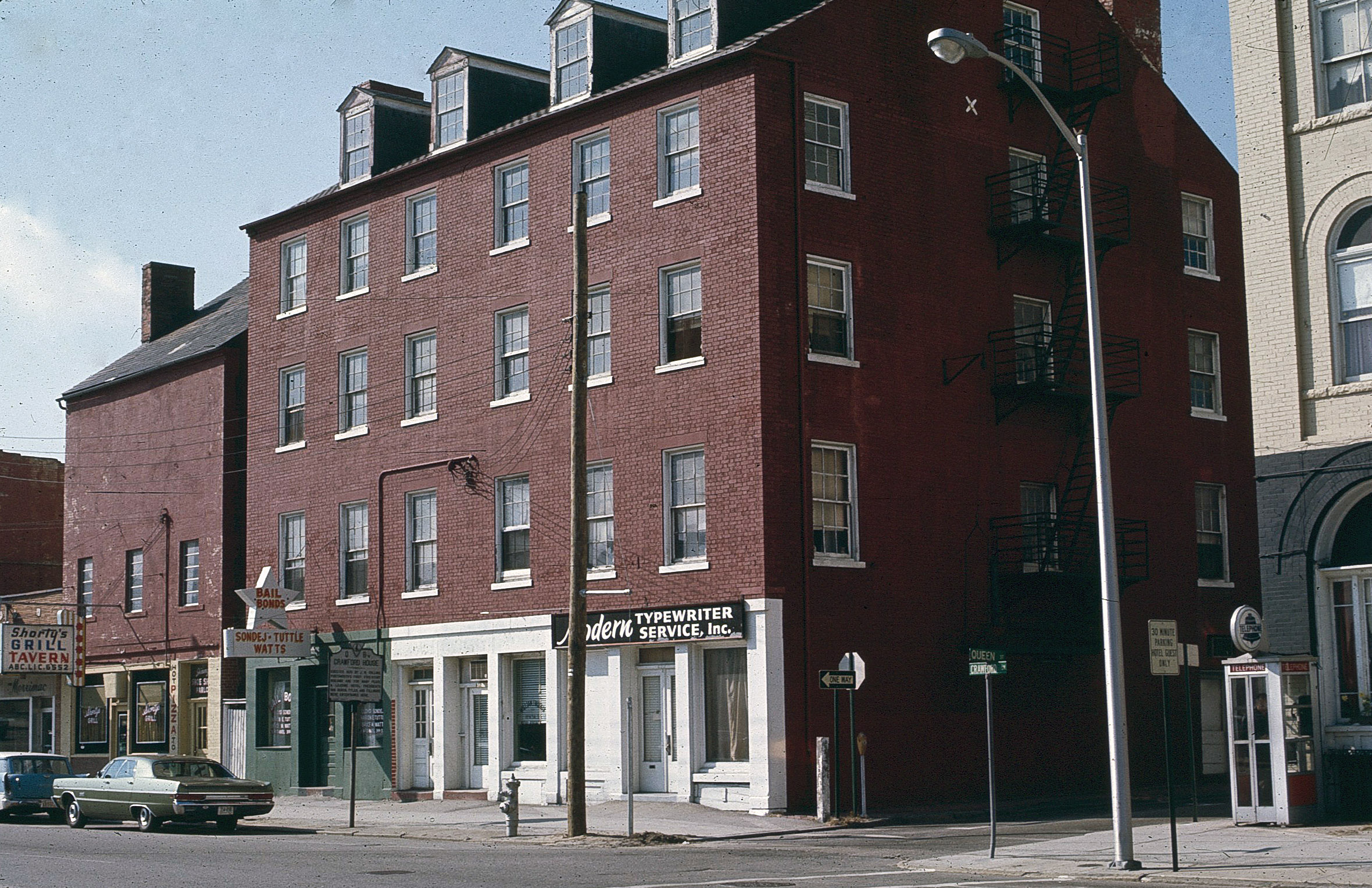 The Crawford House Hotel was erected in 1835 and was named in honor of William Crawford, the founder of Portsmouth. The four-and-a-half-story brick building was not only Portsmouth’s first
hotel, but for a time was its tallest building as well. The impressive establishment quickly gained a reputation for being “the most fashionable place in Portsmouth” and it entertained four presidents in the mid-19th century.  The Crawford House was a rare surviving example of early urban hotels, successors to the country inns and taverns.  A victim of urban renewal, the building was torn down in July of 1970, two months after its listing in the Virginia Landmarks Register.