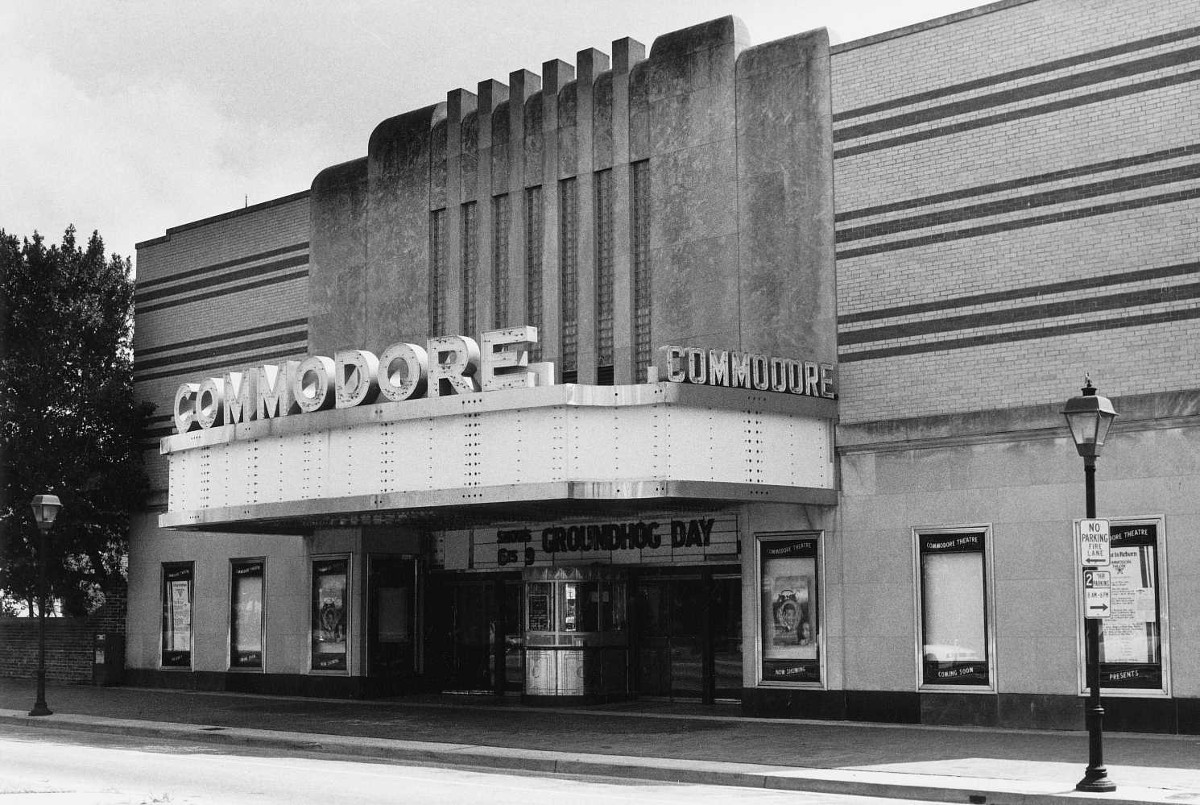 The Commodore Theatre, named for Commodore James Barron, was opened in 1945 by Portsmouth native William Stanley Wilder who owned a chain of theaters in the Tidewater area. It was designed by Baltimore architect John Zink who produced a classic example of the streamline Art Deco style. Built during World War II when building materials normally were not available for private commercial undertakings, Wilder was able to procure what he needed as the theater was to offer entertainment to the area’s large population of military personnel. The Commodore is especially significant for preserving many of its original Art Deco appointments, including the marquee, ticket booth, ticket taker’s stand, and various architectural ornaments. Impressive Art Deco murals on the auditorium walls were reproduced when the theater underwent a meticulous restoration in 1987-89. The Commodore now serves as a motion-picture dinner theater.