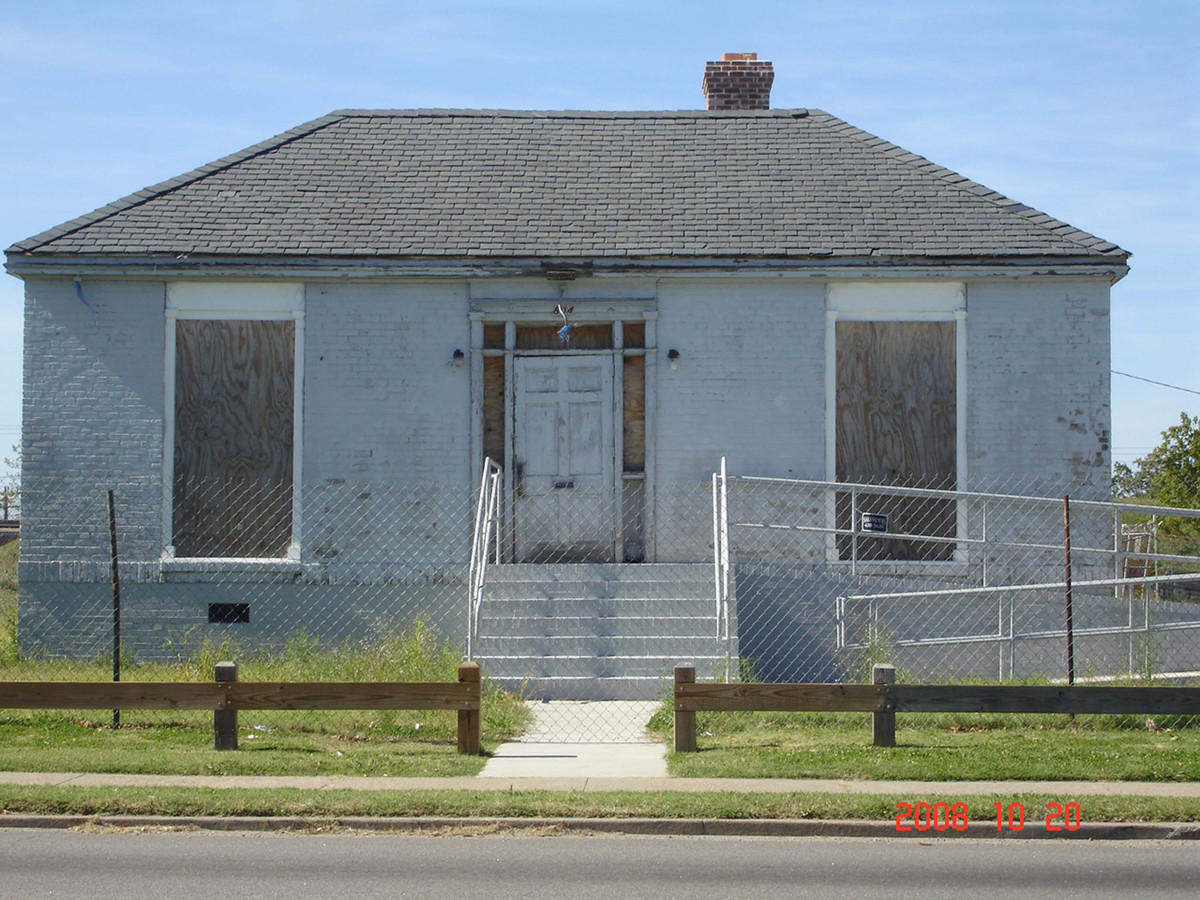 The Portsmouth Community Library was built in 1945 to serve Portsmouth’s African American citizens, who then comprised about half of the city’s population. While the city founded its library system in 1914, the Portsmouth Community Library was the first freestanding building in Portsmouth to provide library services for African Americans, using African American staff. Despite the building’s small size (900 square feet) and shortage of resources, it was significant as a center for the black community and as a source of pride. The library operated within the doctrine of racial segregation but worked against it by providing information to African Americans. In the late 1950s, the library became the centerpiece of a federal civil rights lawsuit, which resulted in the provision of better library service for all residents. The building has been relocated twice. At the time of its listing, it was being adapted to house a museum of black history.