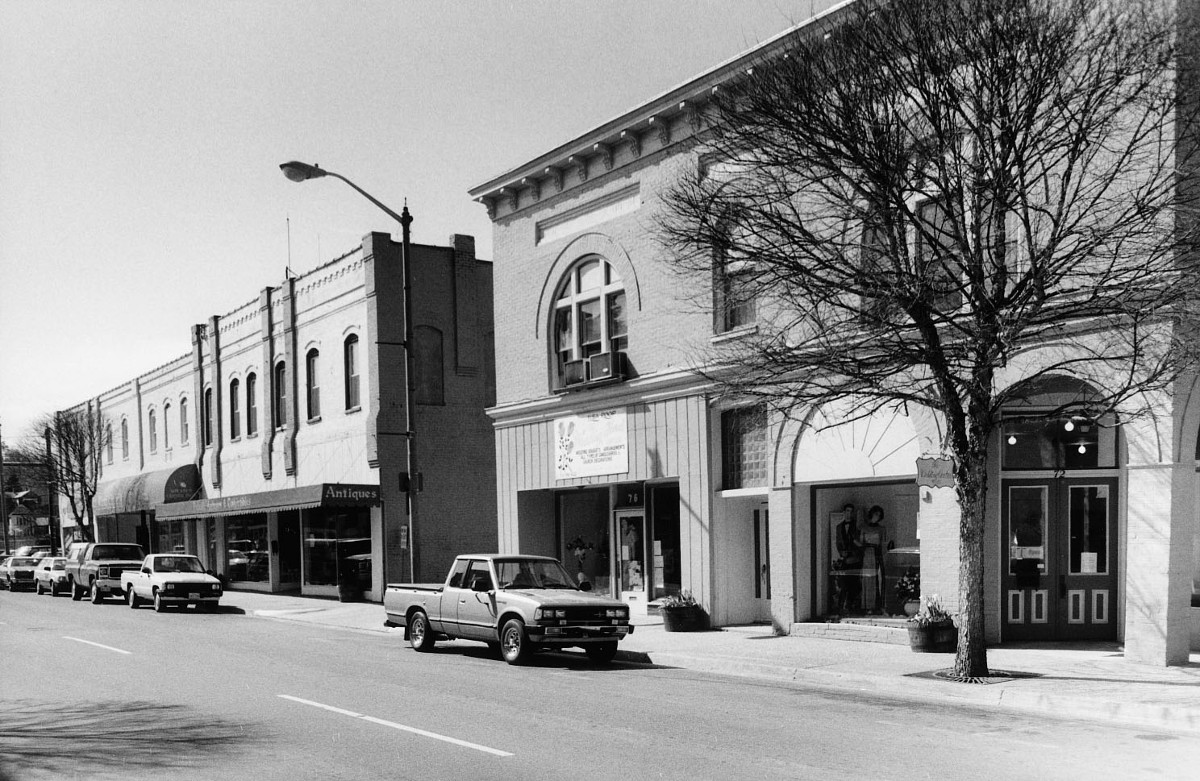 Spurred by the construction of the Norfolk and Western Railway line, Pulaski’s downtown served as the late 19th-century industrial and commercial center of the county. The relocation of the county seat to Pulaski in 1895 cemented the town’s preeminence in the region. As with most of the manufacturing centers that sprang up along the Norfolk and Western line, prosperity declined significantly following the Economic Panic of 1893. Growth through the first decades of the 20th century thus was gradual, and the town’s generously scaled plat of 1888 filled in slowly. The district today retains the context and fabric of a turn-of-the-century boom town. It comprises most of Pulaski’s commercial center and consists of some one hundred buildings including commercial structures, industrial buildings, multi-family dwellings, two railroad depots, a church, the courthouse, the former high school, and the town park.