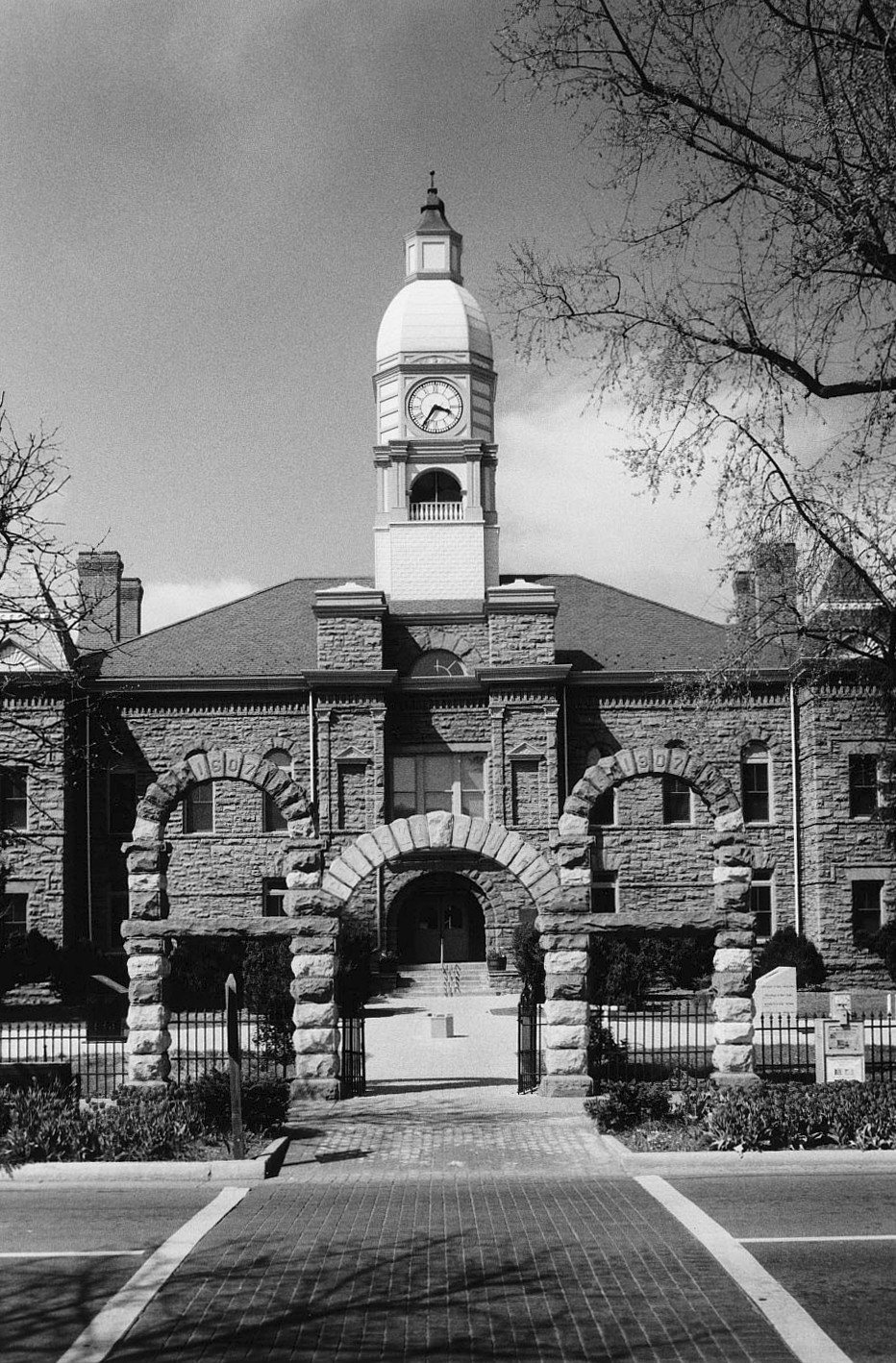 The rugged Pulaski County Courthouse, the dominant landmark in the town of Pulaski, is one of the state’s few large public buildings echoing the Romanesque style of the noted architect H. H. Richardson. The firm of W. Chamberlin and Co. of Knoxville, Tenn., designed the building, employing stone quarried from nearby Peak Creek. In contrast to the smaller courthouses of eastern and central Virginia, the Pulaski courthouse echoes the showy structures built in county seats of midwestern states at the end of the century, serving as symbols of local pride and prosperity. Its construction grew out of a controversy concerning the location of the county seat at Newbern, Dublin, or Pulaski which was settled by the highest state court in Richmond in favor of Pulaski. Completed in 1896, the courthouse was gutted by fire in 1989 but was restored and reopened three years later.