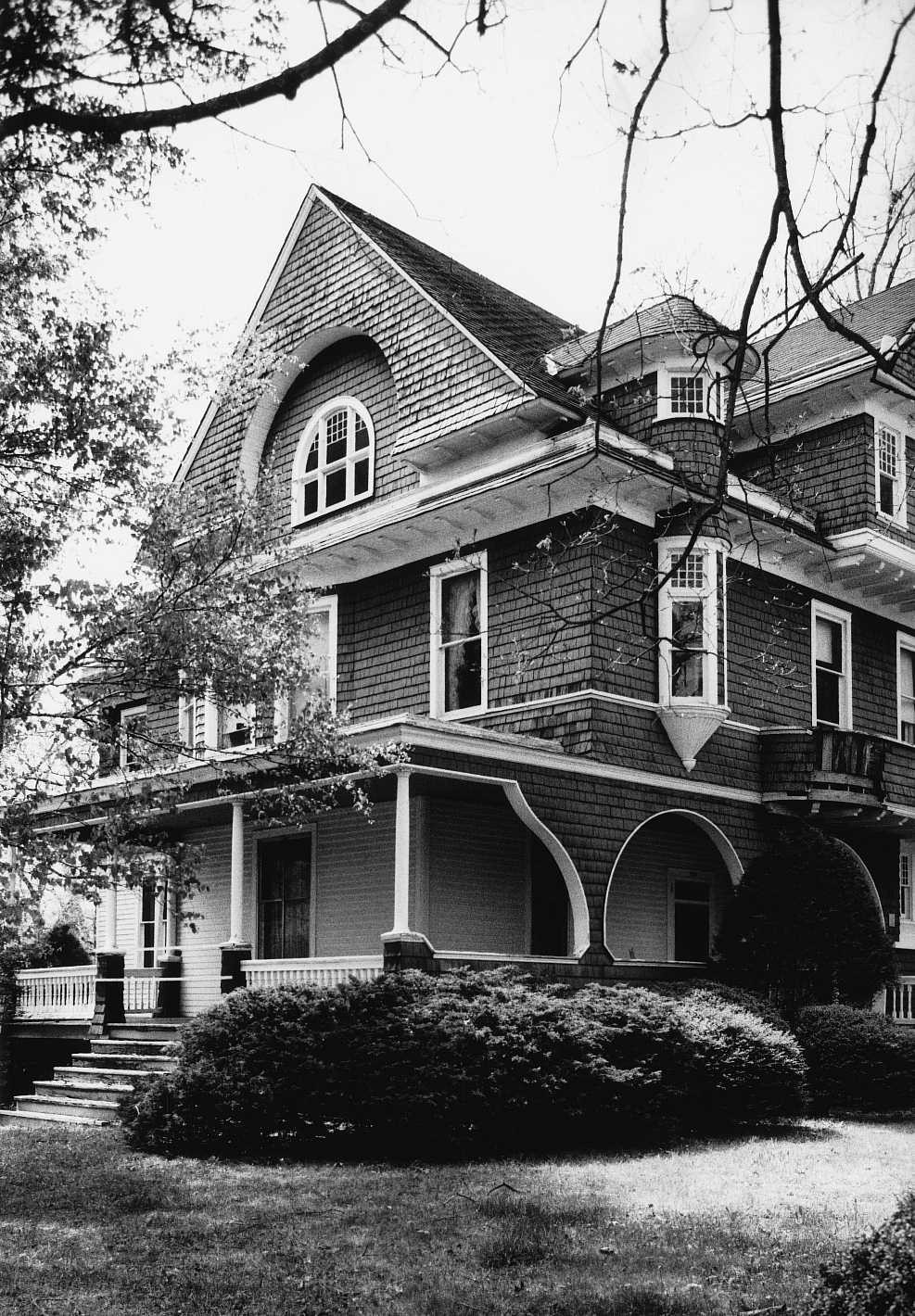 This demonstration of shingled walls binding curved and angled volumes is a powerful expression of the American Queen Anne style. The house was built in 1891-92 during the industrial boom when Radford was laid out by the Radford Land Improvement Company. It was the originally the residence of J. K. Dimmick, the company’s general manager. Although its designer is undocumented, the able Philadelphia architect Frank Miles Day was credited with a house in Radford in the Builder’s, Decorator’s, and Woodworker’s Guide (August, 1890). Day specialized in the Queen Anne style, thus it is safe to speculate that the Harvey house was his Radford commission. The panic of 1893 ended the land boom and Dimmick left town. In 1906 the house was purchased by Lewis Harvey, in whose family it has remained to the present. The interior preserves richly detailed woodwork and many original finishes, all carefully preserved.