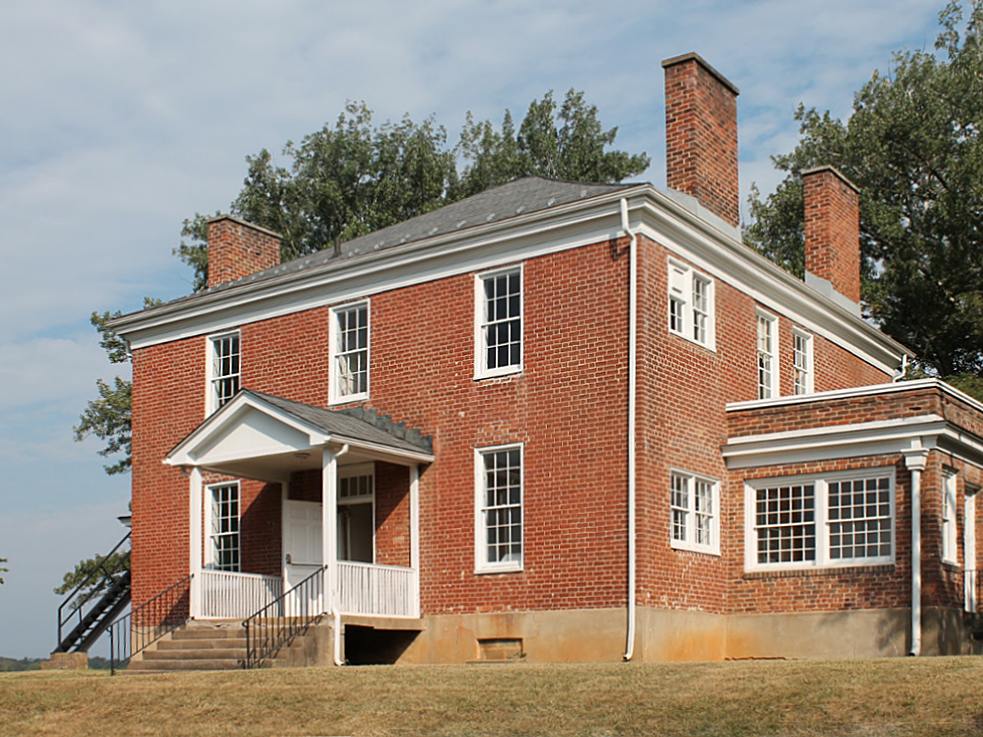 Arnheim was built in 1840 on a cliff overlooking the New River for Dr. John Blair Radford (after whom the city of Radford is named) and his wife, Elizabeth Campbell Taylor. The two-story, three-bay, Flemish-bond brick house was designed in the Federal style of the late 18th and early 19th centuries, but also features Greek Revival elements that were just coming into vogue in the region when the house was completed. It is the oldest surviving brick building in the city of Radford. Dr. Radford was a prominent physician, farmer, and businessman who engaged in various commercial and railroad ventures from the 1830s through the 1870s. His activities anticipated the economic boom in the 1880s and ’90s in the city, which was once called Central Depot.