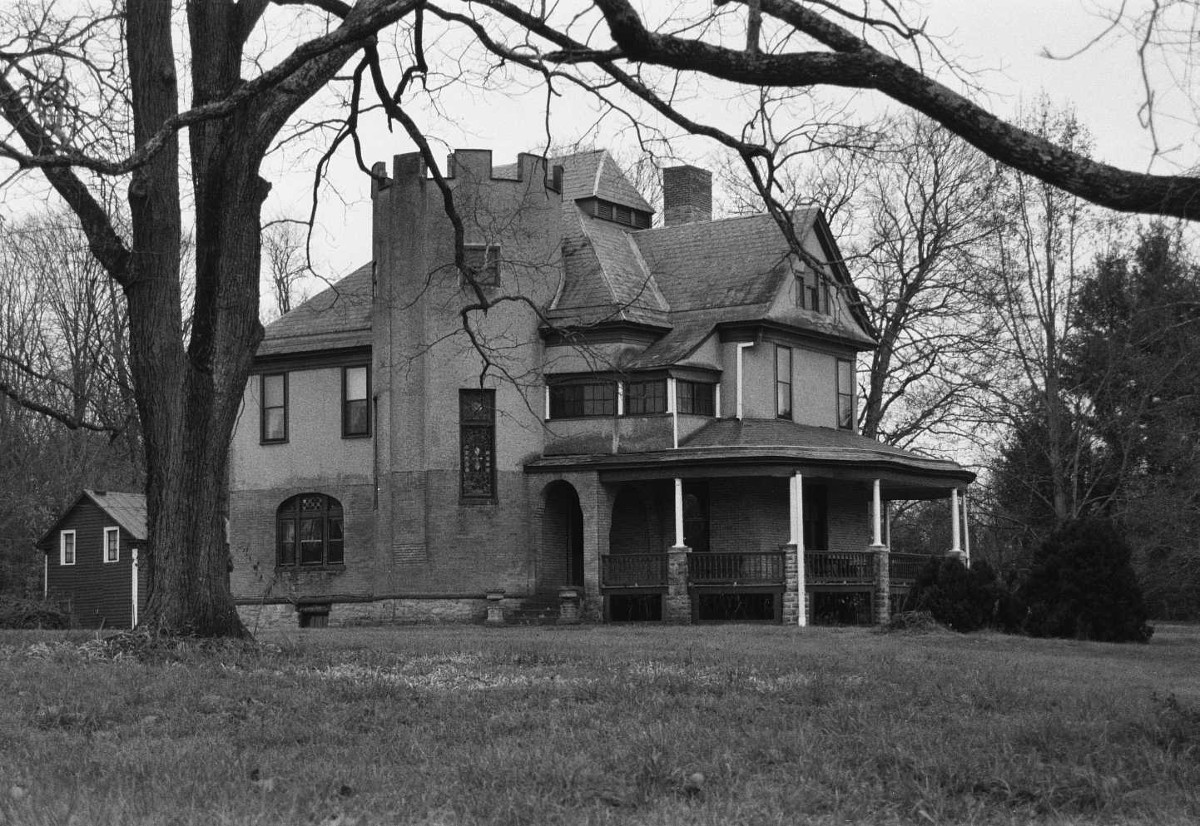 With its wraparound veranda and crenelated tower, La Riviere displays the curious mix of modern domesticity with romantic historicism that characterizes America’s Queen Anne style. It was designed by William Ingles for himself. Ingles, a member of a locally distinguished family, had a successful career as a civil engineer, designing railroad structures in several states. He also was a Radford businessman and civic leader. His prosperity enabled him to build a finely appointed mansion overlooking the New River, but the house burned the night before he and his wife were to move in. The present house, completed in 1892, was built on the foundations of the original. Typical of the Queen Anne style, La Riviere combines many forms and materials. The rich interior, dominated by a grand stair rising in the tower, remains almost untouched. The property is still owned by Ingles family members.