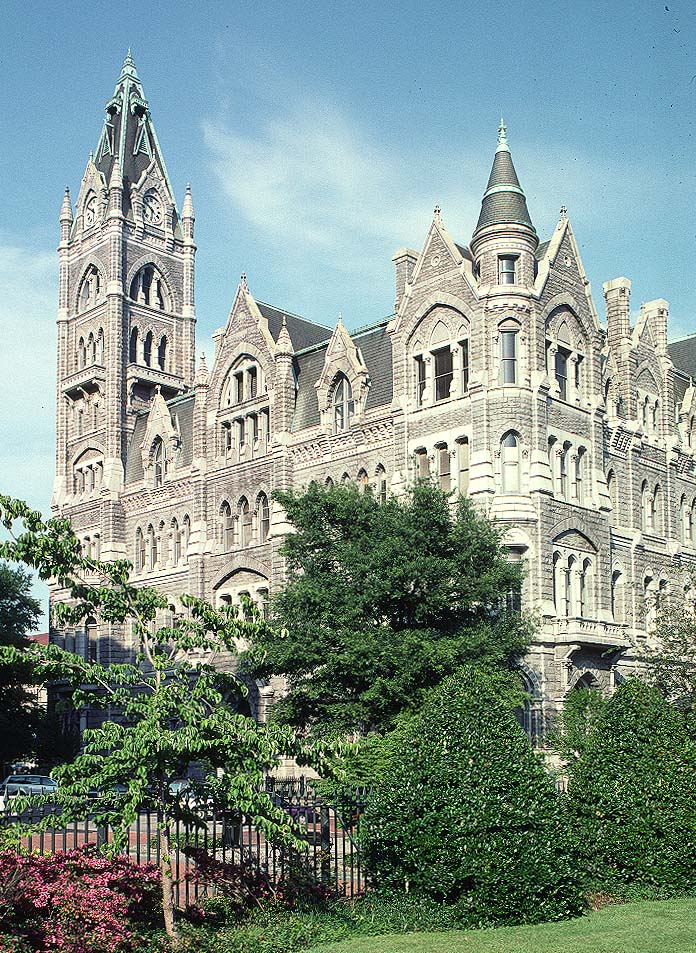 Richmond’s Old City Hall, one of the nation’s foremost examples of the High Victorian Gothic style, was designed by the Detroit architect Elijah E. Myers, architect of five state capitols. With its fairy-tale skyline and profusion of carved ornament, the four-story building forms a dramatic backdrop for Capitol Square. Built of Richmond granite, the massive structure was completed in 1894 and at once became a symbol of the city’s recovery from the Civil War and Reconstruction. It was built primarily by black laborers under the supervision of City Engineer Col. Wilfred E. Cutshaw. The interior court is an extraordinary composition of tiers of Gothic arcades and flights of stairs all in cast iron. The building was sold to the state in 1981 and is leased through the Historic Richmond Foundation to private developers who restored the building for commercial offices.