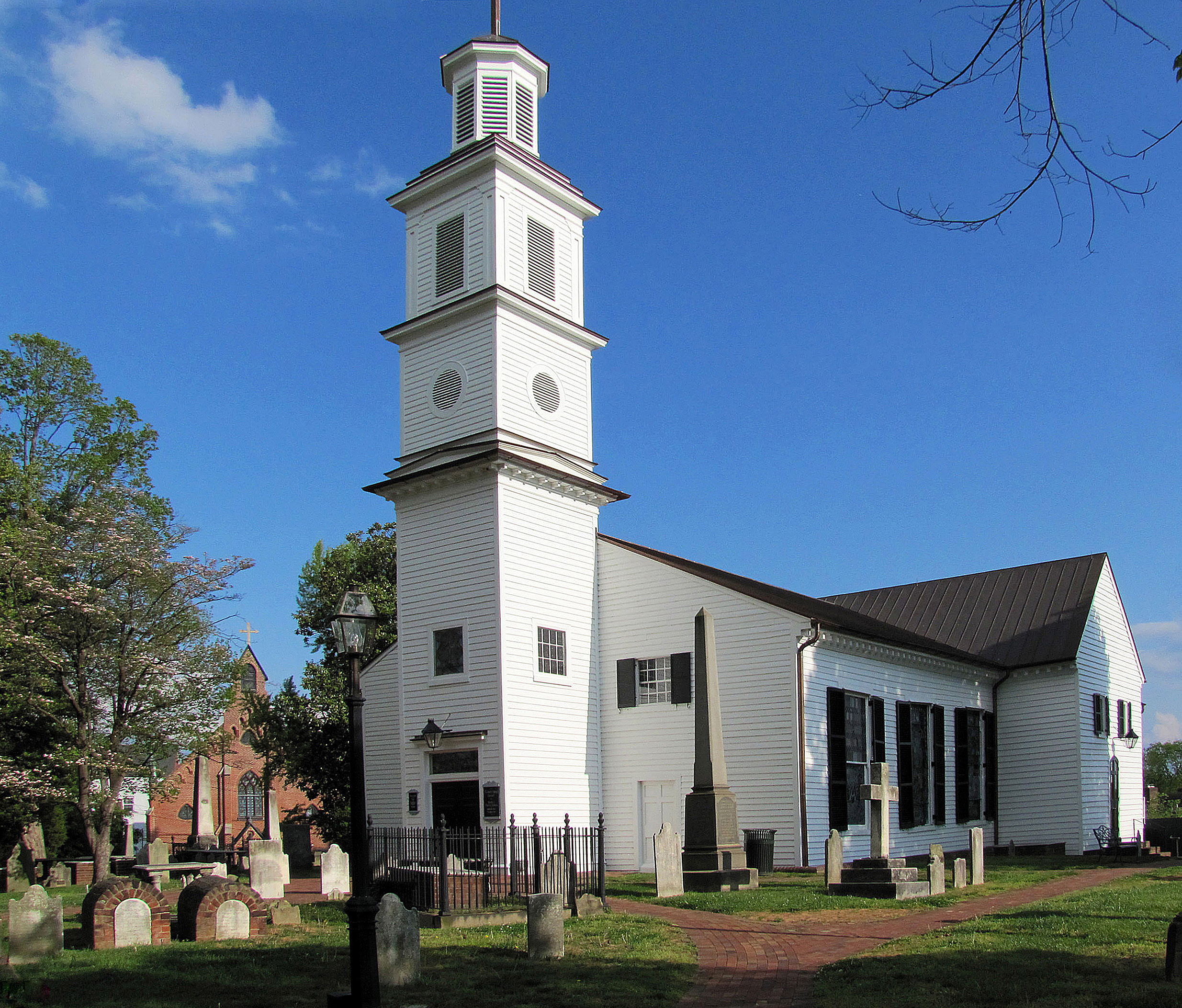 It was in St. John’s Episcopal Church, on March 23, 1775, that Patrick Henry delivered his “Liberty or Death” speech, sounding a clarion call for American independence before a convention of members of the Virginia General Assembly, whose ranks included George Washington, Thomas Jefferson, George Mason, and Richard Henry Lee. The group met to debate the defense of the colony from ever-increasing British oppression. The church, then the largest building in the city of Richmond, began as a simple rectangle, built in 1739-41 by Richard Randolph on land donated by Richmond’s founder, William Byrd II. Two years before Henry’s speech, an addition was made to the north side to accommodate additional seating. St. John’s has been altered and enlarged several more times since its great moment in history. Buried in its picturesque old churchyard are George Wythe and Elizabeth Arnold Poe, mother of Edgar Allan Poe. Located in the Church Hill section of the city, St. John’s Episcopal Church serves as the eponymous property in the St. John’s Church Historic District.