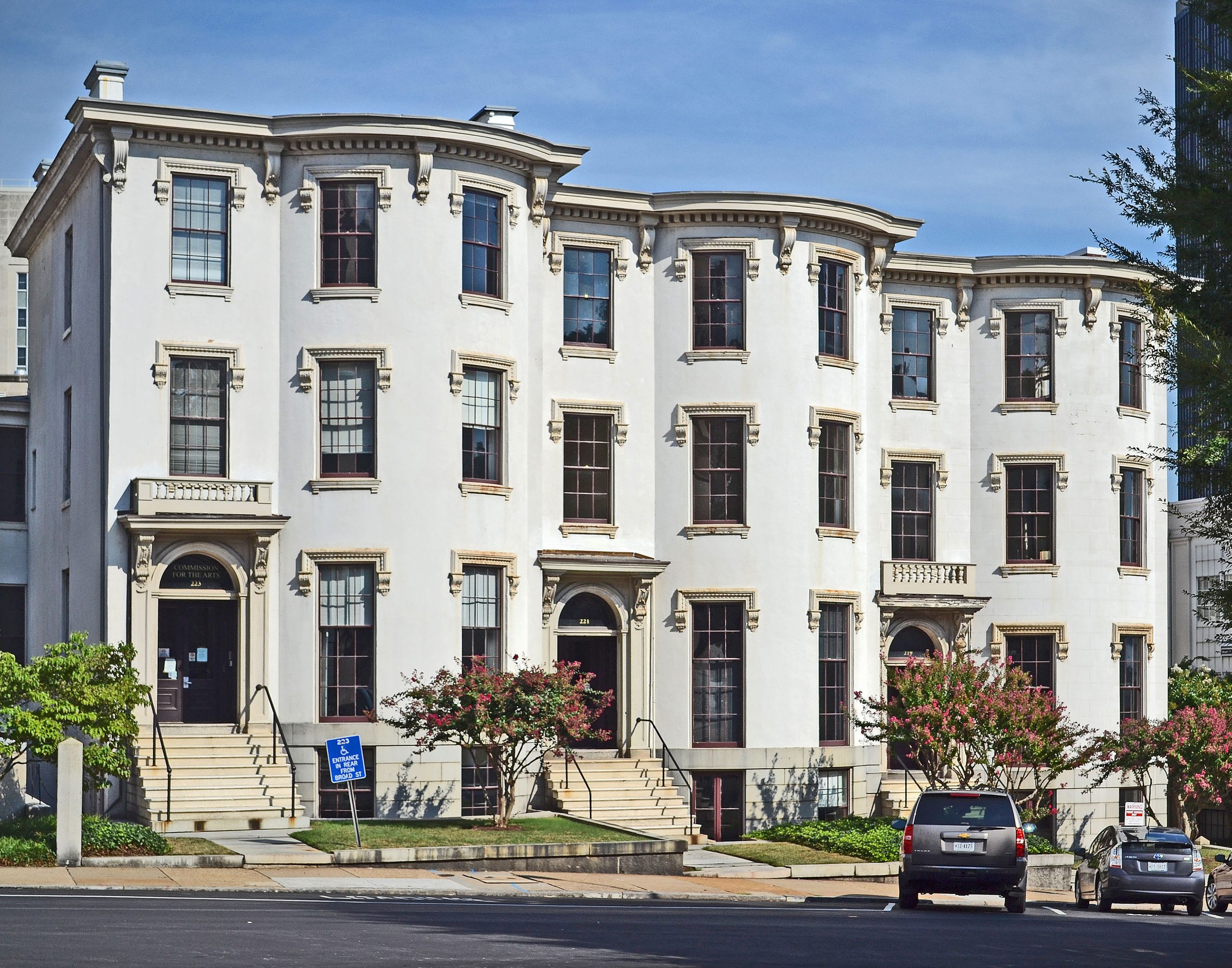 The three bow-fronted Italianate town houses forming Morson’s Row were erected as rental properties in 1853 by James Marion Morson, and are the last vestige of the former residential character of Rihcmond’s Capitol Square. The row is attributed to Richmond architect Albert Lybrock, because Lybrock listed Morson as a client in 1854, and the houses are in the Italianate idiom Lybrock favored. Little changed inside or out, each house has an oval parlor with cherry and mahogany woodwork and heavily-carved Victorian marble mantels. Beginning in 1920, 223 Governor Street was occupied for several decades by the Southern Planter Publishing Company. A. E. Peticolas, an anatomist, first rented 221 Governor Street; and it later was the home of Dr. Robert Gamble. The row is now the property of the Commonwealth, and during the last quarter of the 20th century it housed the Department of Historic Resources.