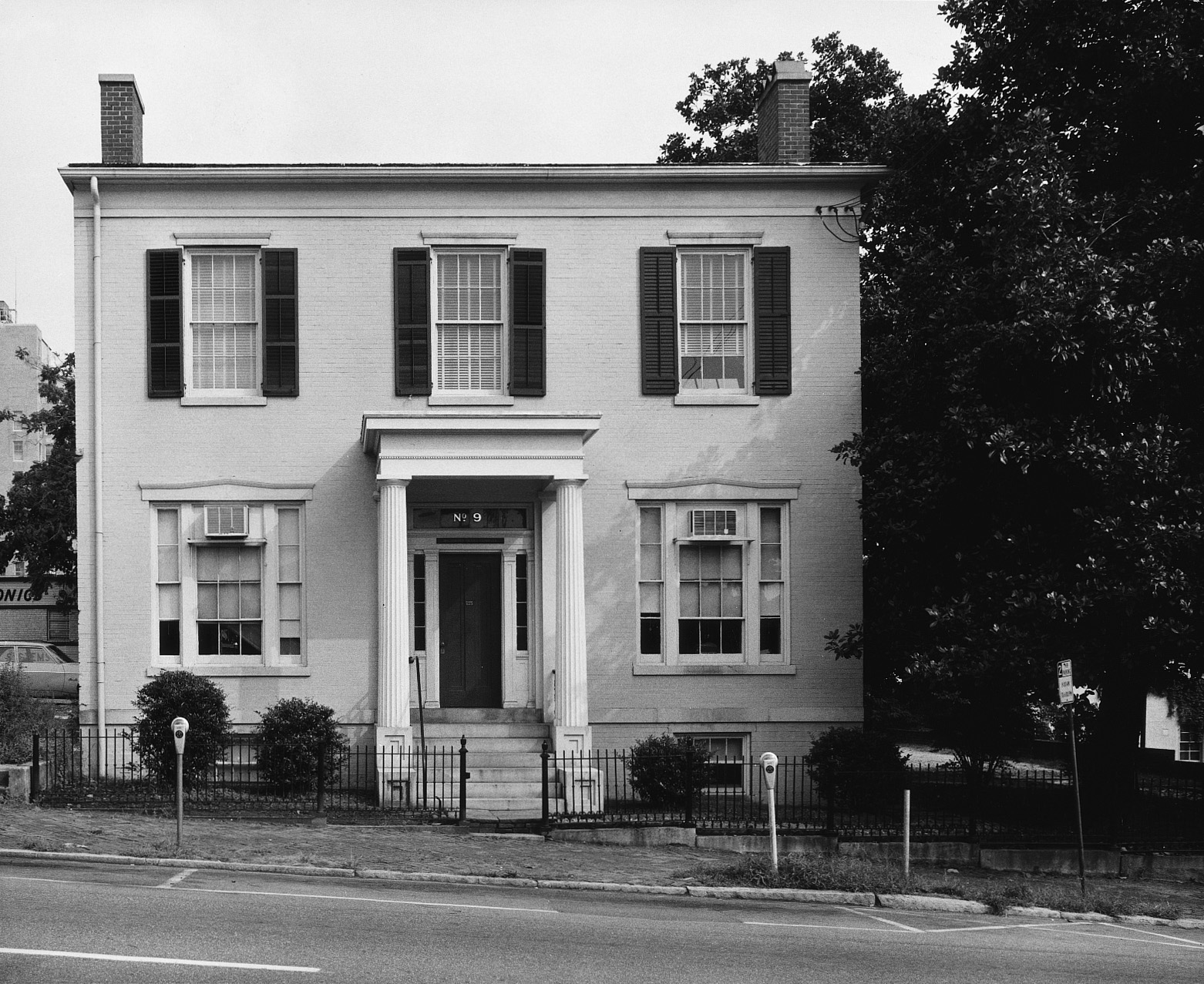 One of the few freestanding Greek Revival houses remaining in downtown Richmond, the Scott-Clarke House was distinguished by its rare two-tiered portico on the garden side. The house lost its landmark status in 1986 after the removal of the portico and most of the original interior in a remodeling by the Virginia Chamber of Commerce.  The building contributes to the listed Fifth and Main Downtown Historic District.