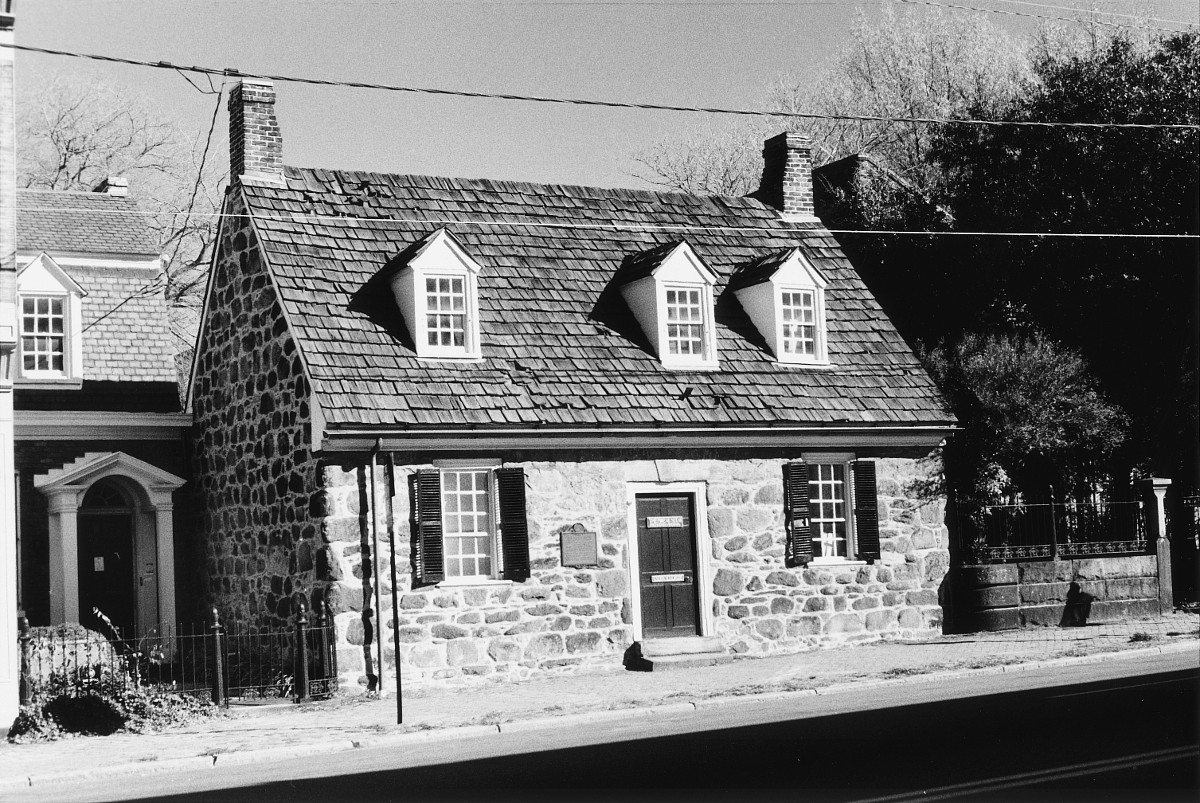 This modest dwelling, beset by the workaday clatter of Shockoe Valley, is the capital city’s only remaining colonial-era house. Its enigmatic character has inspired much speculation, some suggesting that the house is of 17th-century origin. Recent dendrochronlology study, however, indicates that the house was built ca. 1754. The uneven spacing of the openings, original hall/parlor plan, and dormered gable roof are features common to mid-18th-century vernacular houses. The earliest documented reference appears in the city land tax book for 1783, which records it as the home of Samuel Ege, a flour inspector. The property was acquired by the Association for the Preservation of Virginia Antiquities in 1911 and in 1921 became part of a museum complex commemorating Edgar Allan Poe, who spent his youth in Richmond. The museum is operated by the Poe Foundation, Inc.