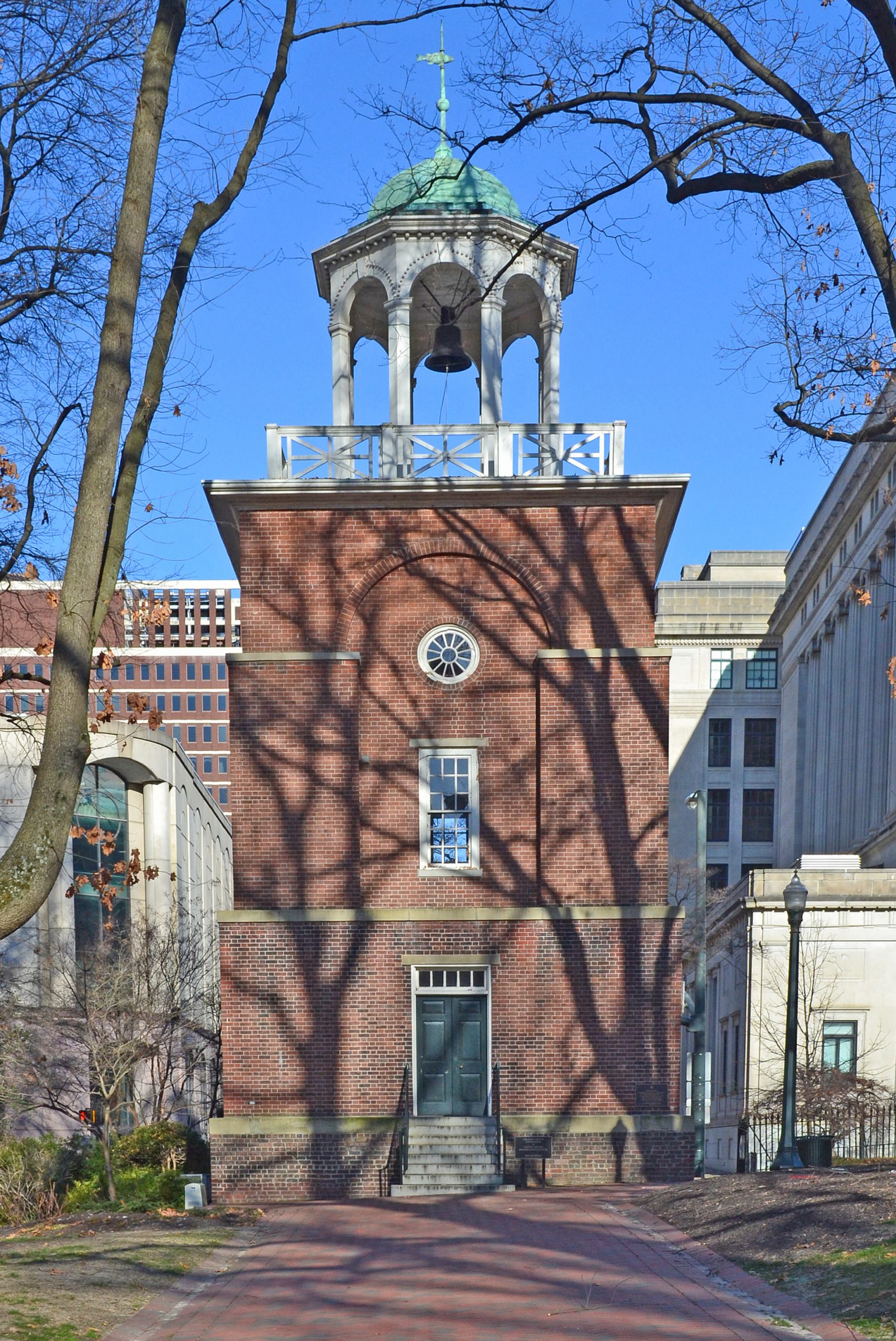 A familiar landmark in the southwest corner of the Virginia State Capitol Square in Richmond, the Bell Tower was built in 1824 as a guardhouse and signal tower for the Public Guard. Levi Swain, its contractor and presumably its designer, gave the otherwise plain brick structure a liveliness with the use of a blind arch on each elevation and a fanciful cupola topped by a fish weathervane. The tower’s bell sounded in 1861 to warn of the approach of the Federal gunboat Pawnee, and again in 1864 to sound the alarm for Dahlgren’s raid. During the administration of Governor John N. Dalton, the tower served as the office of the lieutenant governor. In 1982 it was converted to a visitors’ center for the Virginia Division of Tourism. Its bell still rings to call members of the General Assembly to session.