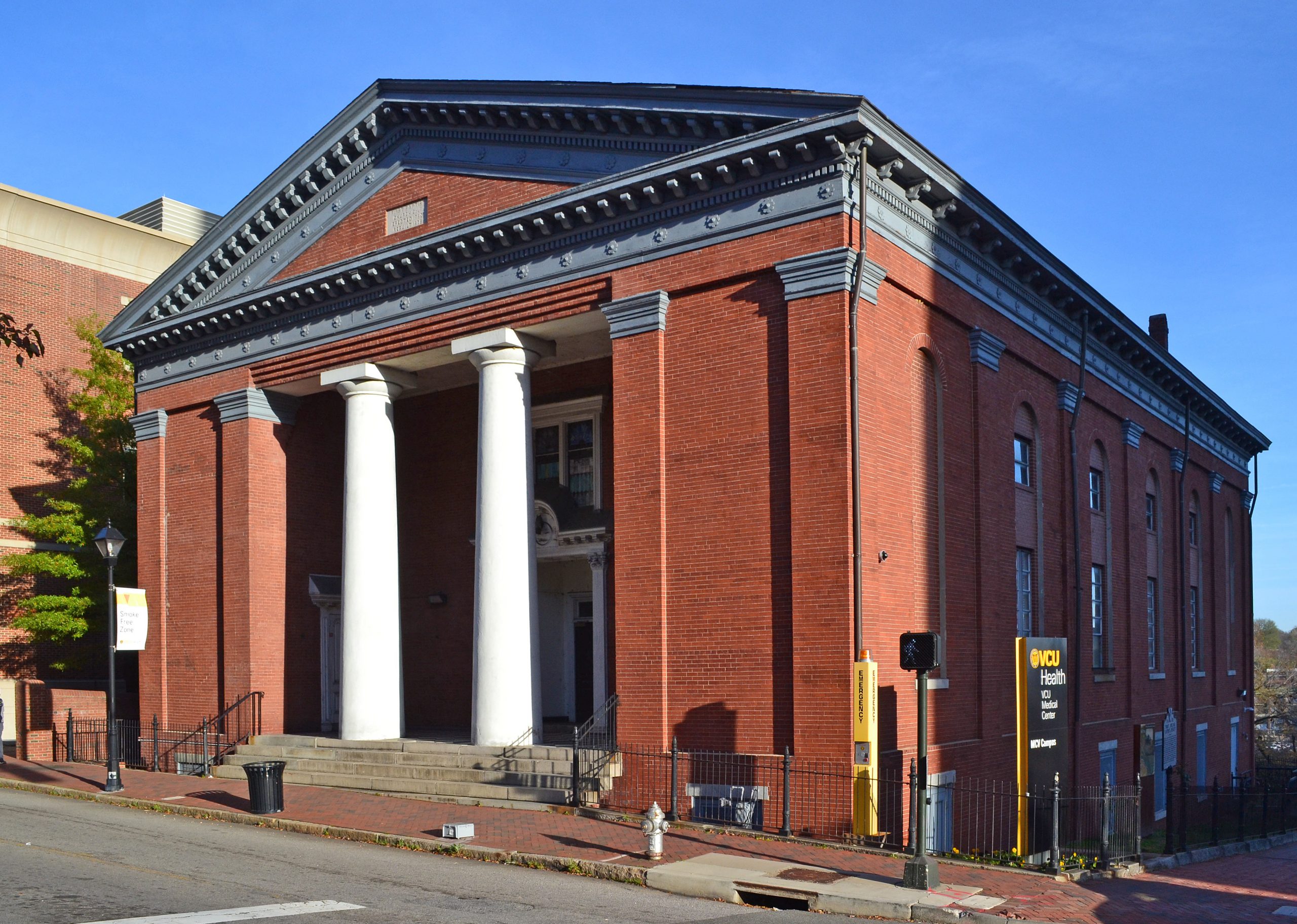 Built in 1876, the First African Baptist Church housed the mother congregation of Richmond’s black Baptists until its members moved to a new location in 1955. It stands on the site of the First Baptist Church of 1802, which was sold to its Black members in 1841 when the White Baptists erected their new church at Broad and Twelfth streets. The original congregation included both slaves and free Blacks. The 1802 building was taken down thirty-five years later and replaced with the present structure, which, with its Doric portico in muris, followed the model of Thomas U. Walter’s stately First Baptist Church a block away. Its interior was remodeled for offices after its acquisition by the Medical College of Virginia in 1955. Although no longer used for worship, Old First African Baptist remains a symbol of progress of Richmond’s Black citizens in the late 19th century.