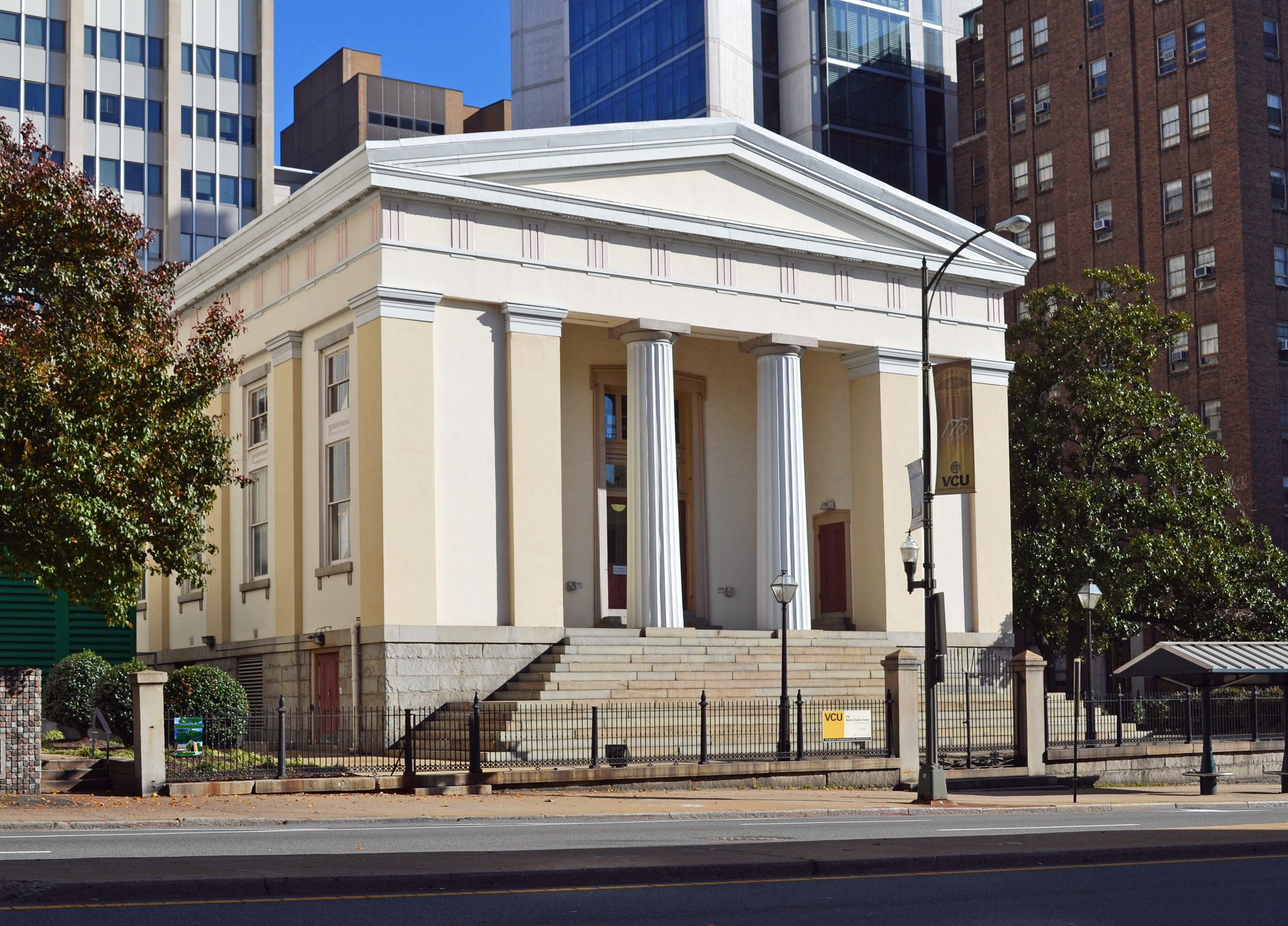 Thomas U. Walter of Philadelphia provided the restrained but authoritative design for this Greek Revival church. Walter, best known as architect of the dome of the U.S. Capitol, designed some ten buildings for Virginia; the First Baptist Church is his only remaining Richmond work. Begun in 1839, the congregation moved from their former church building into this new structure in 1841. Walter’s design, dominated by a Doric portico in muris, had a strong influence on the city’s ecclesiastical architecture; at least four Baptist churches were modeled directly after it. During the Civil War, the church was used as an emergency hospital for Confederate soldiers. The congregation sold the building to the Medical College of Virginia in 1928. Threatened with demolition in the 1970s, Old First Baptist has since been sympathetically renovated by Virginia Commonwealth University for various campus uses.