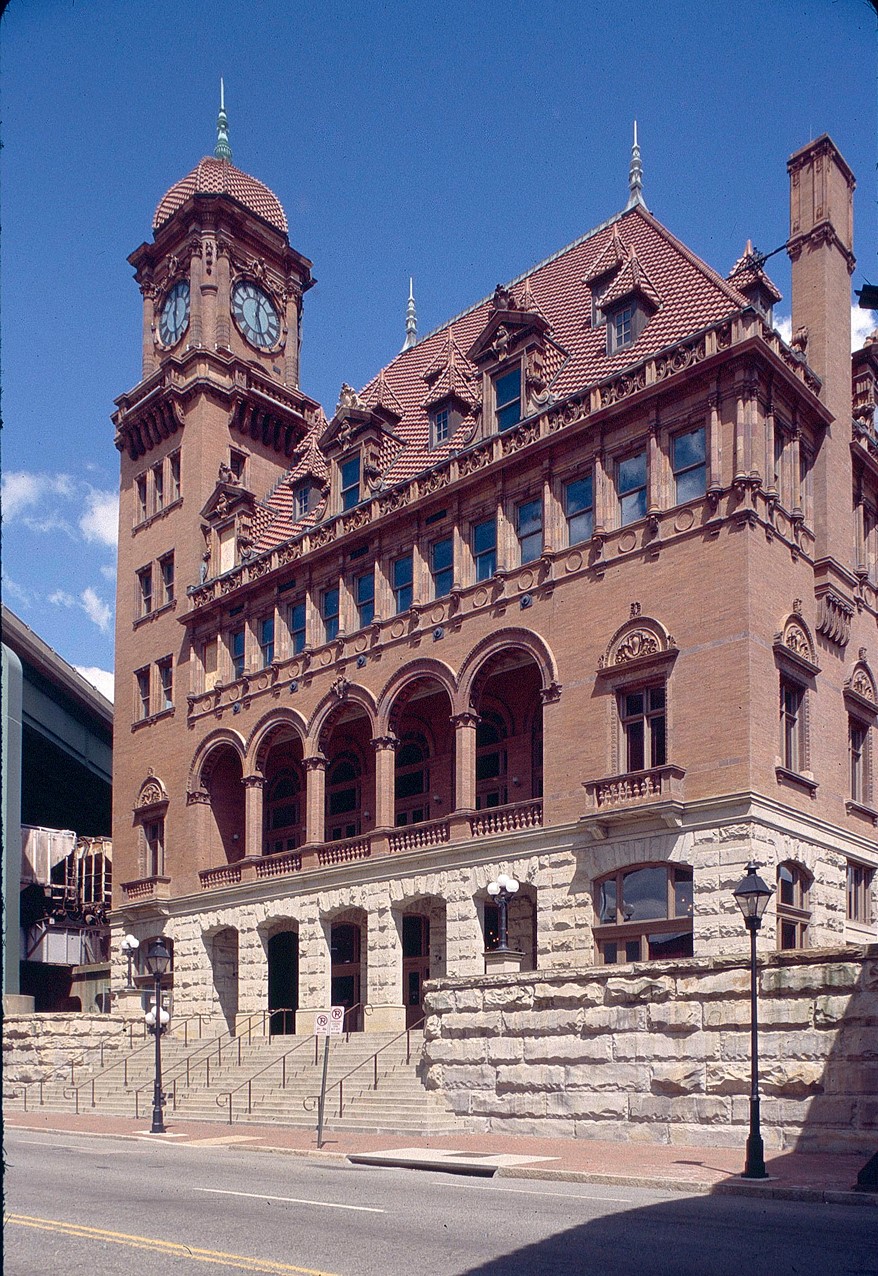 Completed in 1901, the Renaissance-style Main Street Station was designed by Wilson, Harris, and Richards of Philadelphia and served the Chesapeake and Ohio and the Seaboard Air Line railroads. One of Richmond’s most admired landmarks, the impressive composition is dominated by its dormered roof and clock tower. Its golden Roman brick walls are richly trimmed with terra-cotta ornaments. The contrastingly airy train shed, 530 feet in length, was built by the Pencoyd Iron Works of Pencoyd, Pa., and is one of the country’s last remaining gable-roof train sheds. Its wrought-iron members employ riveted construction, a technology that made skyscrapers possible. Closed in the 1970s, the station was later restored as a shopping mall and was then converted to state offices. The facility, anchoring the western end of the Shockoe Valley and Tobacco Row Historic District, has been returned to use as a train station.