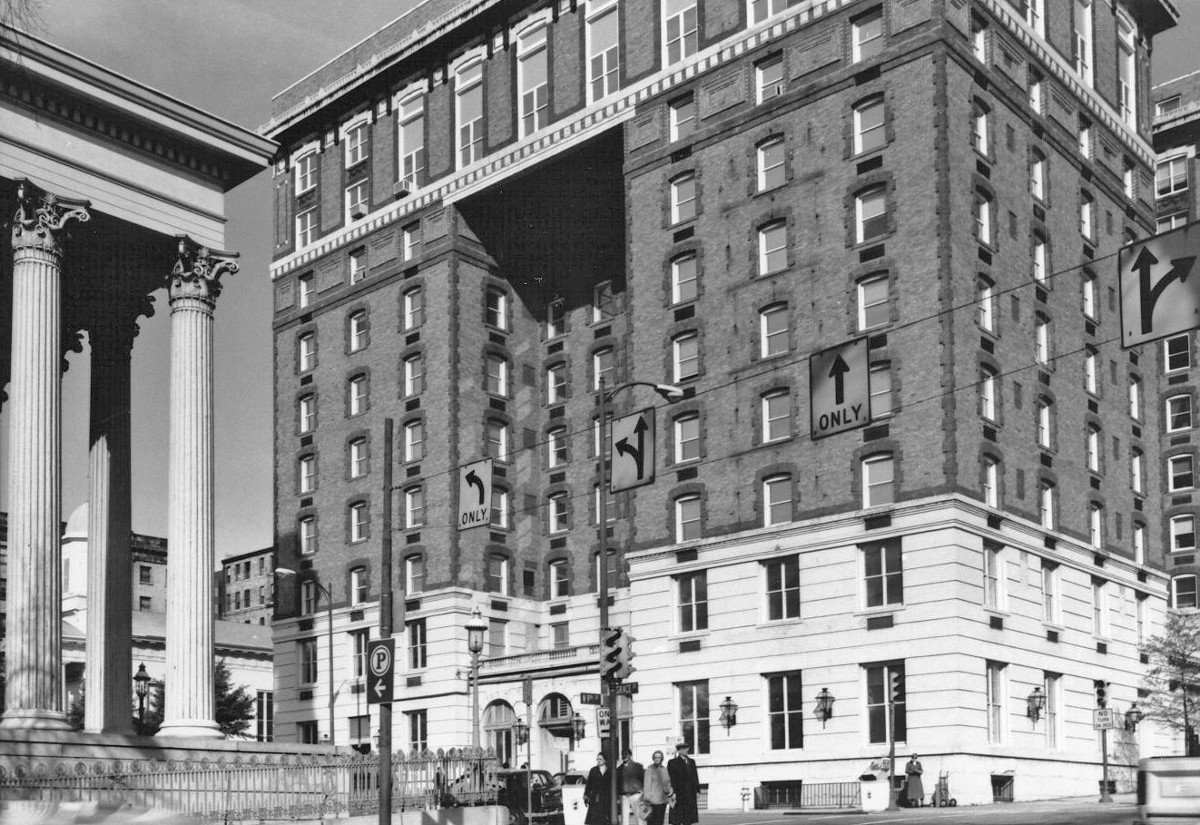 The Ninth Street Office Building, once known as the Hotel Richmond and built in two phases between 1904 and 1911, was originally designed by architect Harrison Albright and completed by architect John Kevan Peebles. Today it is the last in a line of public houses, inns, and hotels to occupy the city block where it is located near Capitol Square in downtown Richmond. In its hey­day it was the place for politicians to convene, and many political careers began and flourished within its floors, which included a partial penthouse on its top 12th story. It was Adeline Detroit Atkinson who made the hotel a hub of Richmond politics. A self-made businesswoman, Atkinson was a widow of independent means when she purchased the building and oversaw its transformation from a local hotel to a destination accommodation. Under her direction, the hotel became known as a home away from home for politicians, serving as an ad hoc office, meeting place, and campaign head­quarters for many. In 1966, the Commonwealth of Virginia acquired the building and it has since housed the offices of various state agencies.