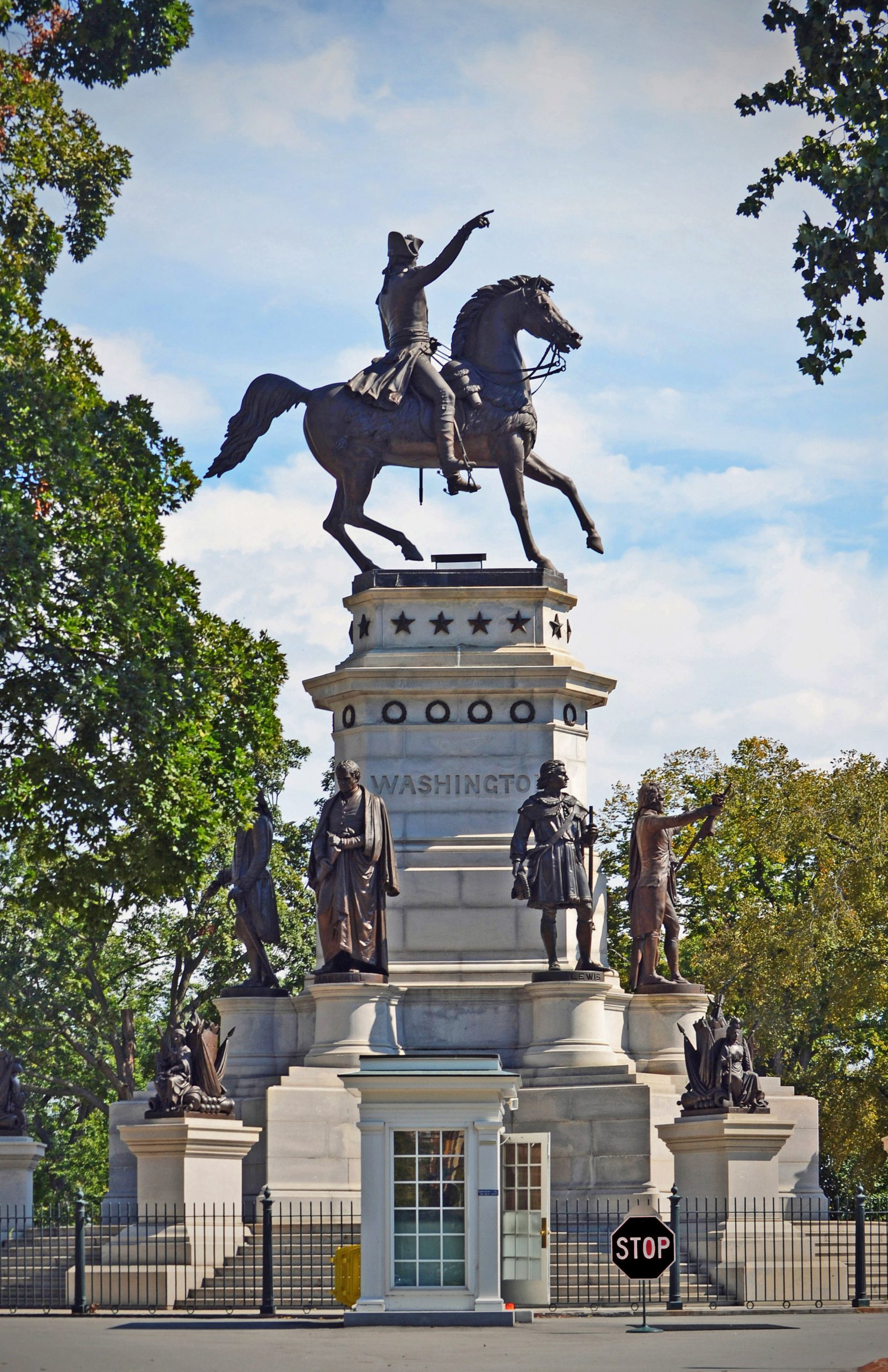 George Washington Equestrian Statue (Virginia Washington Monument) is a nationally significant work of art. It was the first statue in a city now known for its outdoor monuments, and the second equestrian statue of the first president to be completed in the United States. The landmark helped to generate a national wave of representational memorial sculptures. Sculptor Thomas Crawford won a major competition for the monument and undertook the work in 1849. The main statue on its impressive pedestal was erected adjacent to the Virginia State Capitol in 1858, along with some of the secondary sculptures. Jefferson Davis was inaugurated as president of the Confederate States of America before the unfinished monument in 1862. Crawford died in 1857, but his design for the monument was a part of the Great Seal of the Confederacy. American sculptor Randolph Rogers completed the project in 1869. It was, until recent years, the logo for the city of Richmond.