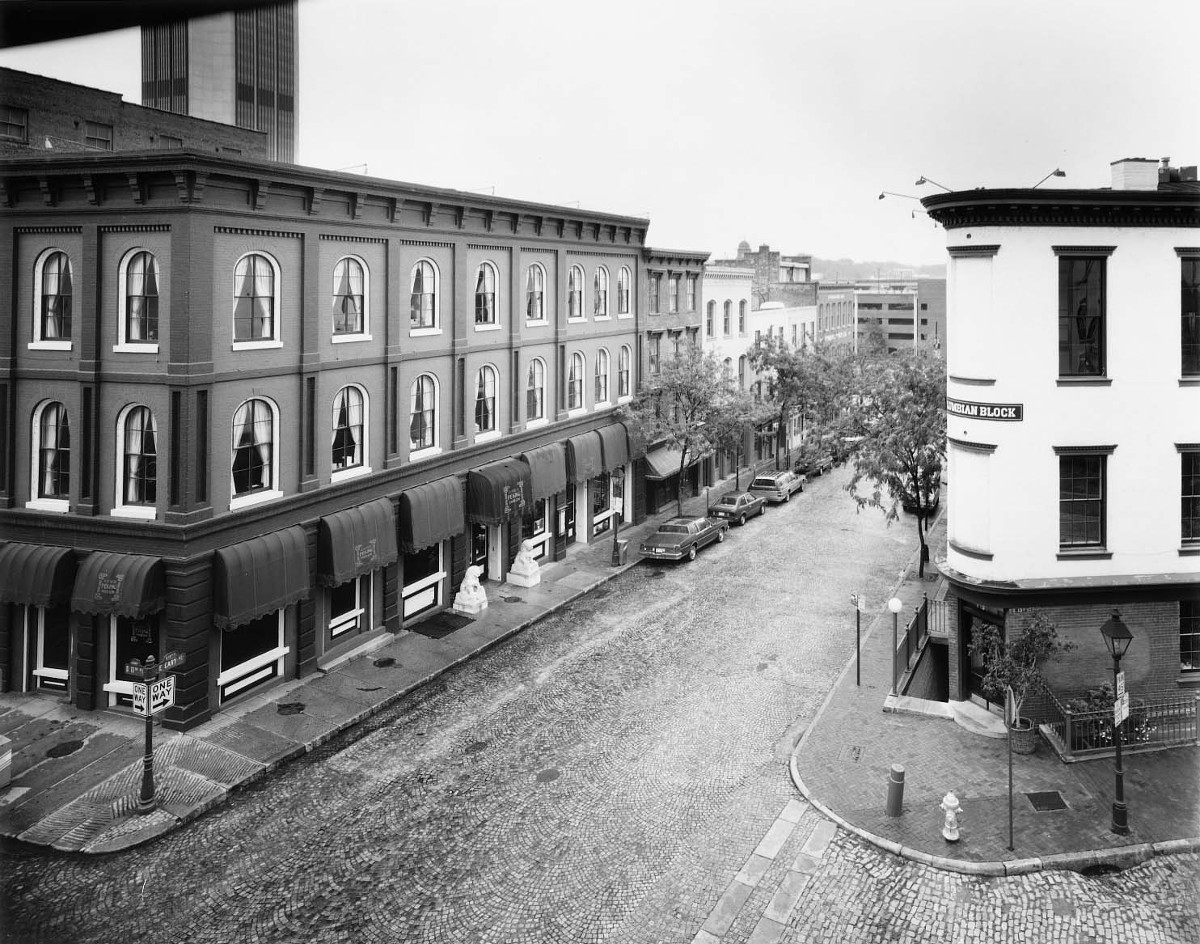 Adjacent to Richmond’s financial district, this compact quarter consists primarily of three- and four-story Italianate brick commercial structures, many with cast-iron architectural trim. The area has served as a neighborhood of warehouses, tobacco storage buildings, and wholesale outlets since the 1780s. Leveled by the Evacuation Fire of 1865, it was quickly rebuilt. The heart of the district is a trapezoidal stone-paved piazza known as Shockoe Slip, an early connection between Main Street and the James River and Kanawha Canal. Highlighting the piazza is a ornamental fountain donated as a watering spot for horses. The area declined after World War II, but steady rehabilitation since 1970 has transformed Shockoe Slip’s buildings into restaurants, shops, offices, and apartments. Protected by a city historic designation, Shockoe Slip continues to play an important role in the city’s business and social life.
[Boundary Extension VLR Listed: 7/20/1982; NRHP Listed: 4/20/1983]

In 2005, the district boundary was expanded to include two blocks located along South 15th Street immediately east and north of the original designation. Five buildings are encompassed in the boundary increase, including a warehouse, a former tobacco plant, its tobacco shed, and three smaller brick buildings. They are all similar in size, scale, and materials to other structures within the existing Shockoe Slip Historic District.
[VLR Listed: 6/1/2005; NRHP Listed: 8/24/2005]

An increase to the boundary made in 2012 added five contributing buildings and one contributing site that were constructed to serve the tobacco industry and in the late 1930s or 1940s were purchased by Reynolds Metals to serve the rapidly expanding international demand for aluminum foil that ultimately led to Reynolds establishing a monumental headquarters building in Henrico County during the 1950s. Reynolds Metals occupied the entire historic district expansion area until 2000, when the company was acquired by ALCOA, which ceased most of its Richmond operations around the time of the listing of this district boundary increase.
[VLR Listed: 6/21/2012; NRHP Listed: 8/14/2012]