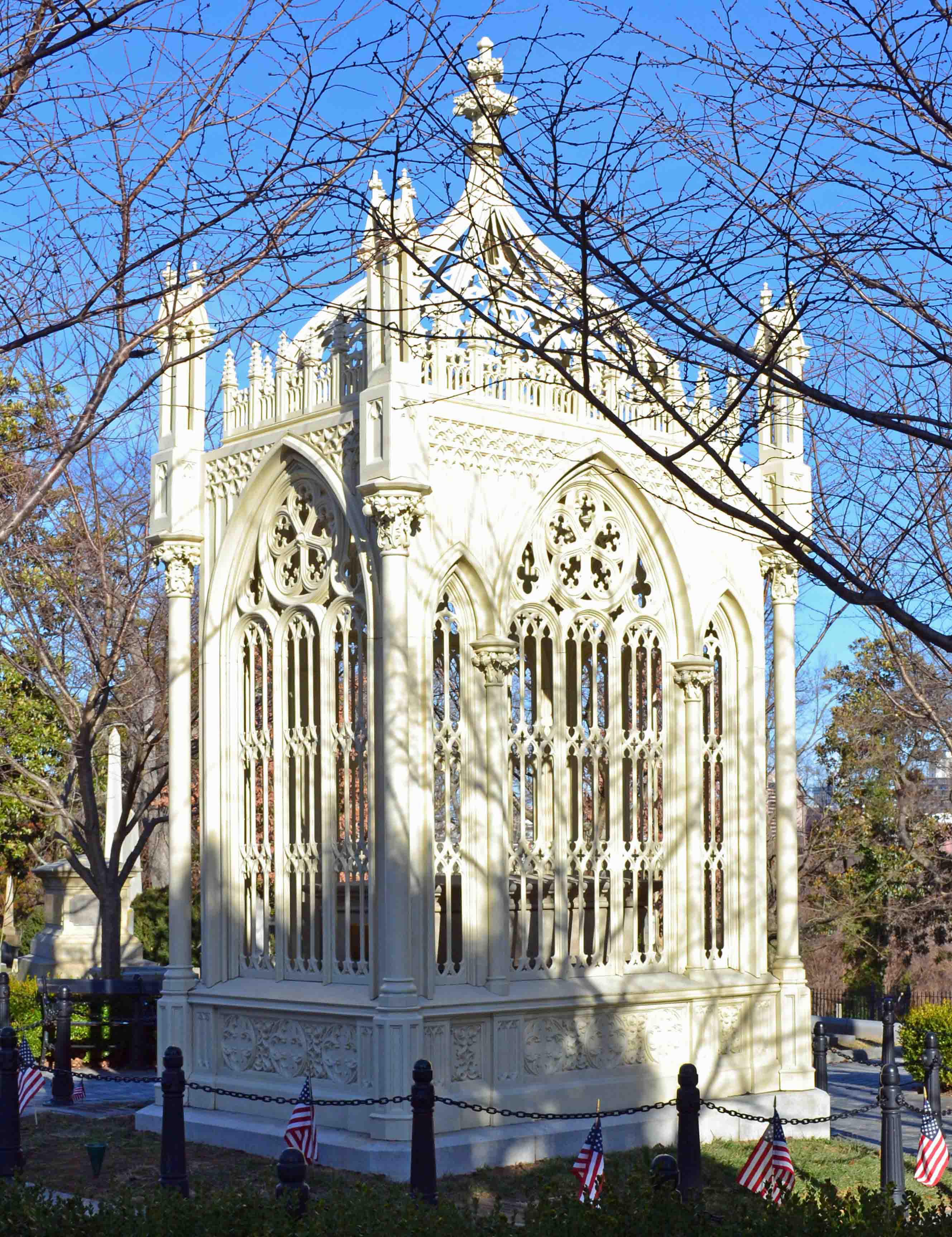 The tomb of President James Monroe, the chief ornament of John Notman’s romantically landscaped Hollywood Cemetery, is a tour de force of both Gothic Revival design and artistry in cast iron. The simple granite sarcophagus is enclosed by an iron screen surmounted by an ogee dome of openwork tracery. The scheme recalls Henry VII’s tomb in Westminster Abbey, similarly enclosed but lacking a dome. The tomb was designed by Albert Lybrock, an Alsatian architect who settled in Richmond in 1852. The iron was cast by the Philadelphia firm of Wood and Perot and was assembled in 1858 by Asa Snyder, a Richmond ironworker. Monroe died and was buried in New York City in 1831. His body was moved to Richmond on the centennial of his birth in 1858, a cooperative effort by citizens of New York and Virginia.