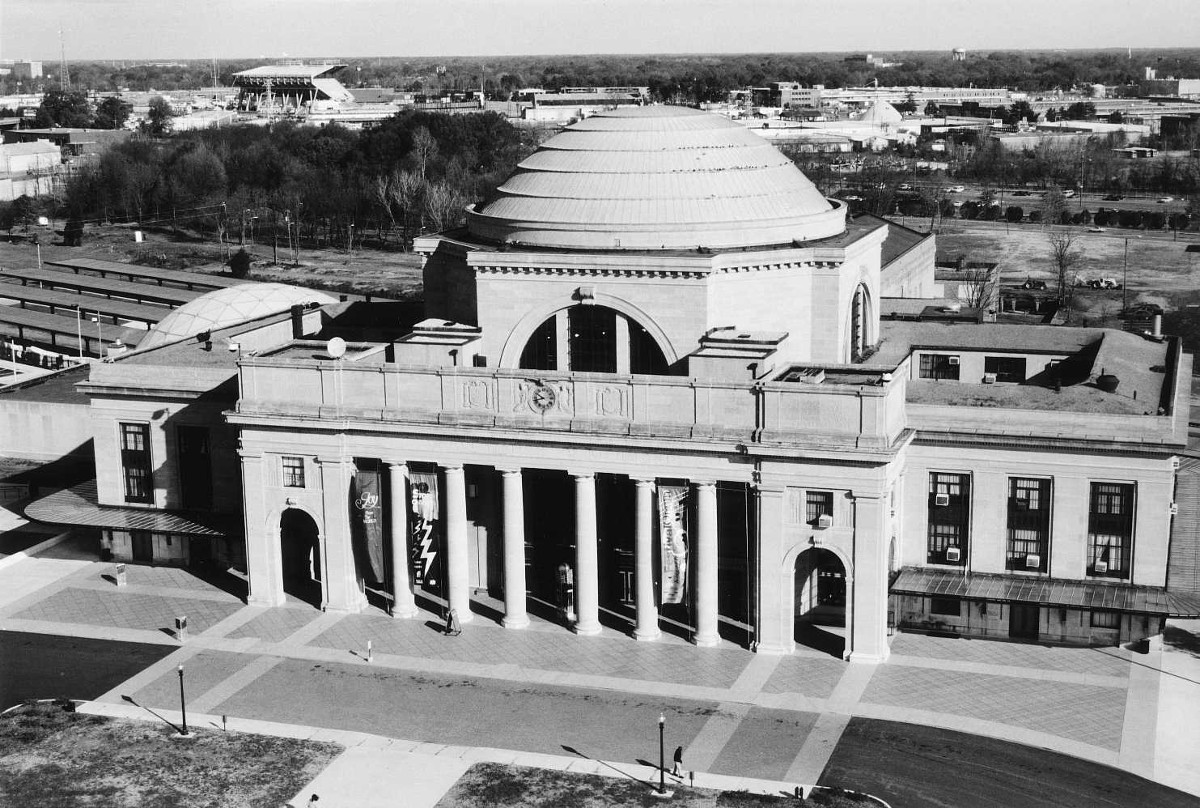 Richmond’s Broad Street Station is one of the last remaining great terminals of America’s Golden Age of railroads. Its competitive design was won by New York architect John Russell Pope in 1913. Like McKim, Mead, and White, Pope employed a grandly scaled, serene classicism that he later used on the Jefferson Memorial and the National Gallery of Art. Faced with Indiana limestone and dominated by a huge Tuscan colonnade and Roman dome—the first use of a dome for a major railroad station—the building was completed in 1919 for the Richmond, Fredericksburg and Potomac and Atlantic Coast Line railroads. Acquired by the Commonwealth in 1975, the station, including the cast-iron and steel butterfly canopies and Pope’s vast 100-foot-high rotunda, has been sympathetically adapted as headquarters of the Science Museum of Virginia.