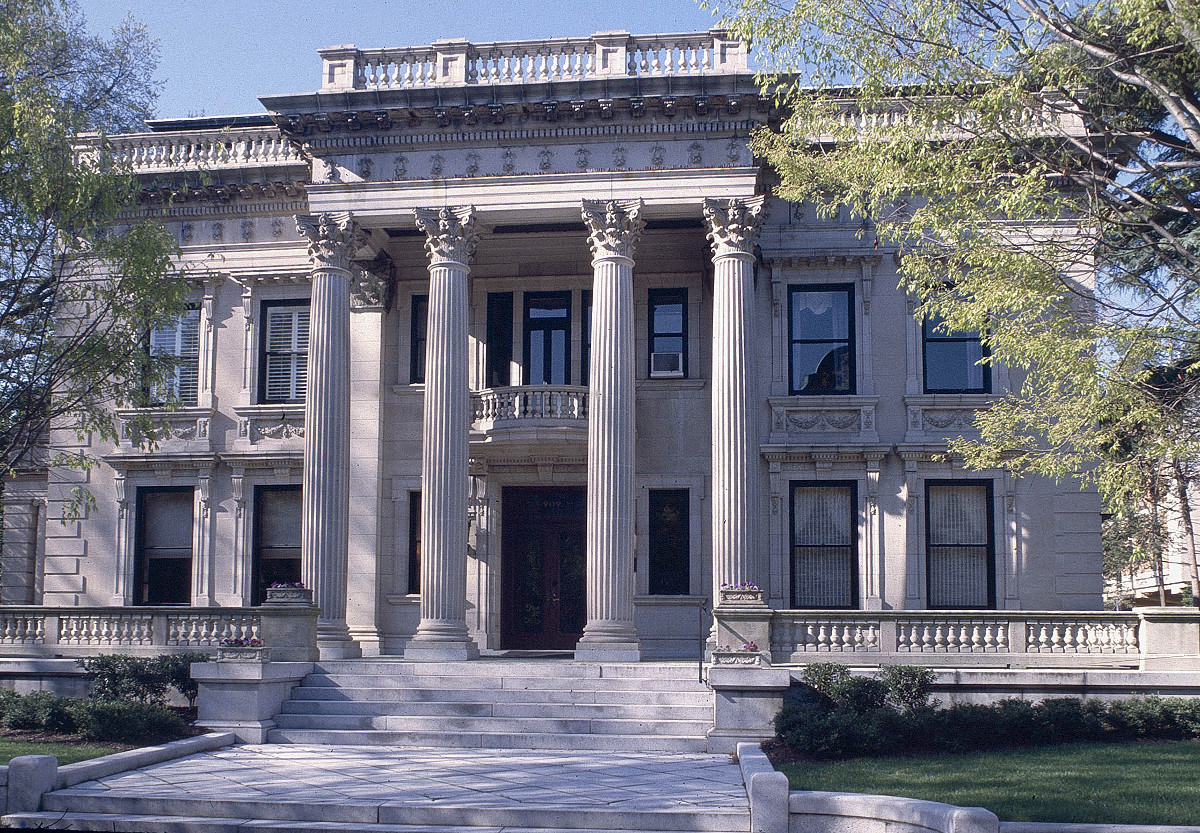 The Scott House, at 909 West Franklin Street in the West Franklin Street Historic District, is one of Richmond’s most important architectural survivors from the great age of American patronage called the American Renaissance (1876–1914). The American Renaissance movement took shape at the time of the nation’s Centennial, when American merchant princes and their architects laid claim to the artistic wealth of centuries past. So it was with the Scott family and the architectural firm of Noland & Baskervill. Scott family members are significant figures in Richmond’s historic preservation movement. Sisters Elisabeth Scott Bocock and Mary Ross Scott Reed and their cousin Mary Wingfield Scott combined their resources, social connections, love of history, and passion for preservation to save Richmond’s historic buildings. Now owned by Virginia Commonwealth University (VCU) the Scott House has undergoing a sensitive restoration for use as VCU office space.