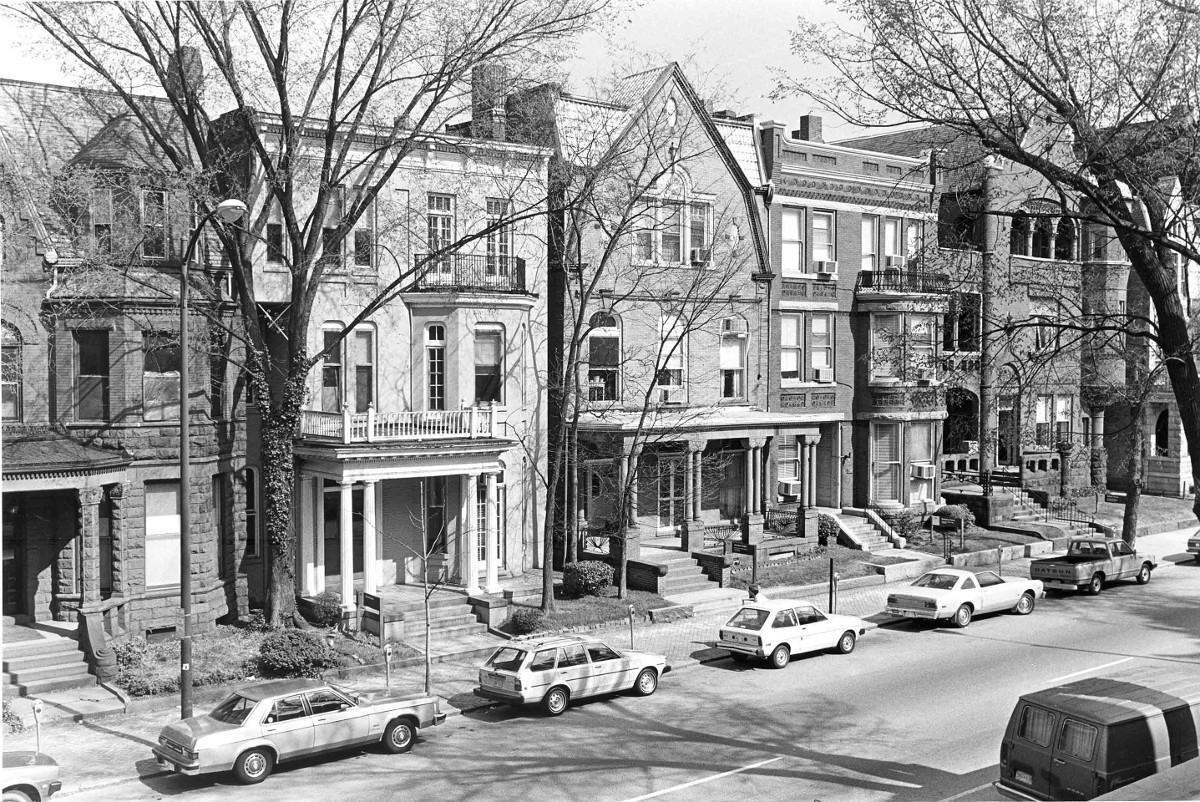 An 1867 annexation brought West Franklin Street to Lombardy Street into the city limits, and sophisticated town houses soon went up. The blocks from Monroe Park to Monument Avenue retain a colorful progression of architectural styles, including Second Empire, Italianate, Romanesque, Queen Anne, and Georgian Revival, with an underlying harmony from uniform scale and repetition of materials. Individually outstanding houses are the 1888 Romanesque Revival Ginter mansion (901 W. Franklin), home of tobacco magnate Maj. Lewis Ginter, and the opulent 1906 Scott-Bocock house (909 W. Franklin), an adaptation of the Petit Trianon by Noland and Baskervill. The district’s oldest house is the Ritter-Hickock house (821 W. Franklin), built ca. 1850. The Crenshaw House (919 W. Franklin) is significant for its association with the founding of the Equal Suffrage League of Virginia in 1909. The most architecturally individual town house is the eclectic Millhiser house (916 W. Franklin), a Romanesque/Queen Anne confection designed by William M. Poindexter. Many of the houses are now part of Virginia Commonwealth University.

In 2009, the district boundary was extended to cover one city block along the original northern border comprising West Grace and two cross streets (N. Harrison and Shafer). The area, originally mostly residential, has evolved as former residences have been converted to commercial use and more modern buildings have filled in the block. The buildings in the expansion, constructed from 1870 to 1920, exhibit the same characteristics as the original district while being somewhat more modest in scale.
[VLR Listed: 6/18/2009; NRHP Listed: 9/16/2009]