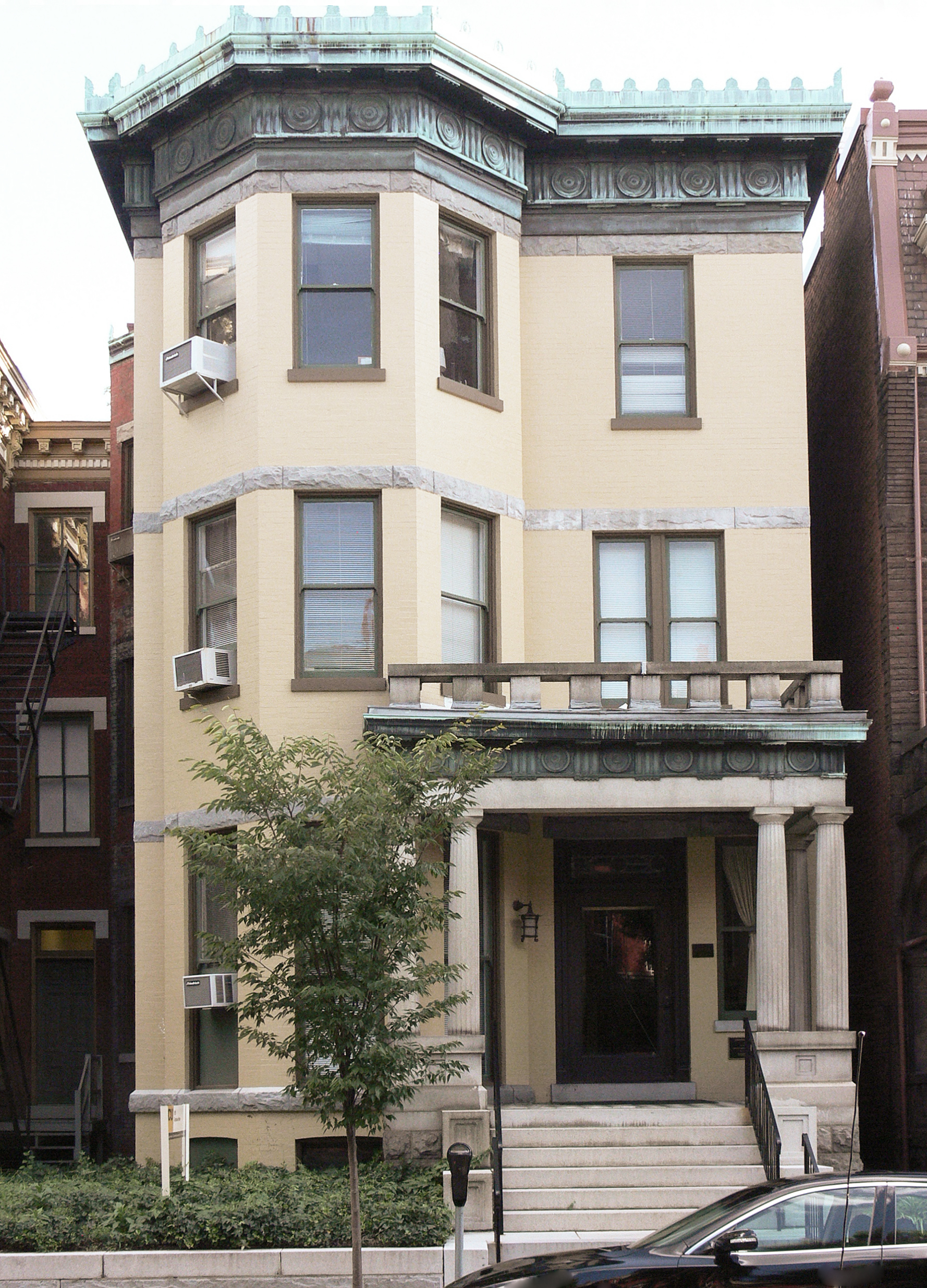 The Crenshaw House, at 919 West Franklin Street, in Richmond’s West Franklin Street Historic District, is located along what was a very fashionable residential street in the late 19th and early 20th century and is now the heart of Virginia Commonwealth University’s Monroe Campus. The three-story brick town house was built in 1891 and altered by the architectural firm of Noland and Baskervill in 1904. The Crenshaw House is significant for its association with the founding of the Equal Suffrage League of Virginia in 1909. The league, established by a group of socially influential Richmond women who met at the Crenshaw family home, dedicated itself to obtaining the vote for women and encouraging them to expand their traditional roles into politics and progressive reform movements.