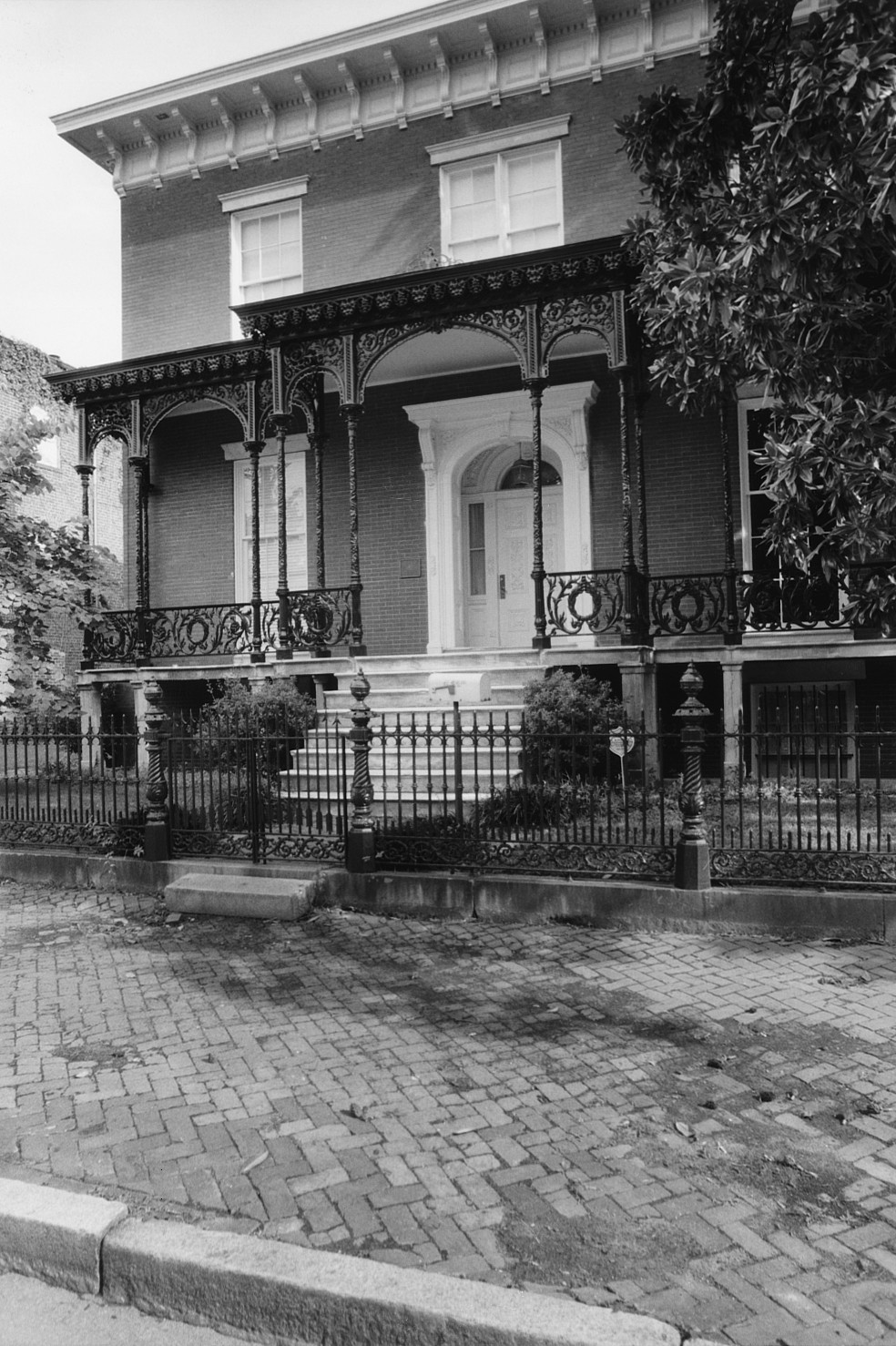 Amid a cluster of old buildings the heart of Shockoe Valley, the Pace-King house is one of the city’s last grand mansions erected before the Civil War. Its generous scale and rich detailing represent a final expression of architectural fashion before the dissolution of the Old South. The Italianate-style house and its kitchen outbuilding were completed in 1860 for Charles Hill, an auctioneer and local politician. Its cast-iron veranda is an outstanding example of the iornworker’s art. From 1865 to 1881 the house was owned by tobacconist and later bank president James B. Pace. A later owner was businesswoman Jane King, who operated an ice company here. The house was rescued from dereliction in 1976 by the Association for the Preservation of Virginia Antiquities. It since was sold and handsomely restored by its present owner as offices for Scope Mechanical Contractors.