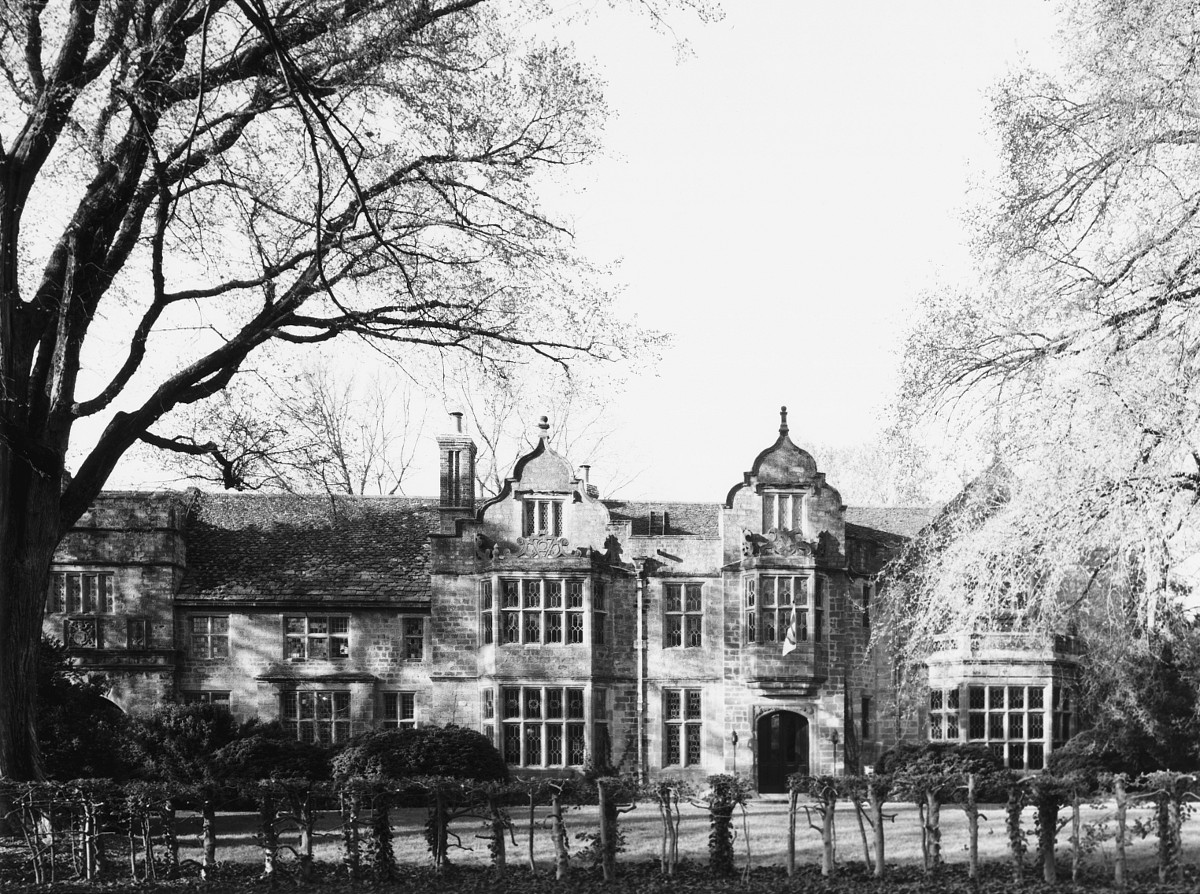 A handsomely crafted expression the American country place movement, Virginia House symbolizes the predilection of the Commonwealth’s upper classes for identifying themselves with their English heritage. The estate was the creation of diplomat Alexander W. Weddell and his wife Virginia. The Tudor-style mansion is built largely of architectural elements from Warwick Priory, a late-medieval structure later modified with distinctive Flemish gables. The Weddells purchased the ruined priory in 1925 and had portions of it shipped to Richmond where architect Henry Grant Morse incorporated them into his design for their Windsor Farms residence, completed in 1928. A Renaissance-style loggia by William Lawrence Bottomley was added in 1945. The extensive gardens, developed between 1927 and 1940, are the masterpiece of Richmond landscape architect Charles F. Gillette. The Weddells bequeathed the estate to the Virginia Historical Society, which has exhibited it since their death in 1948.