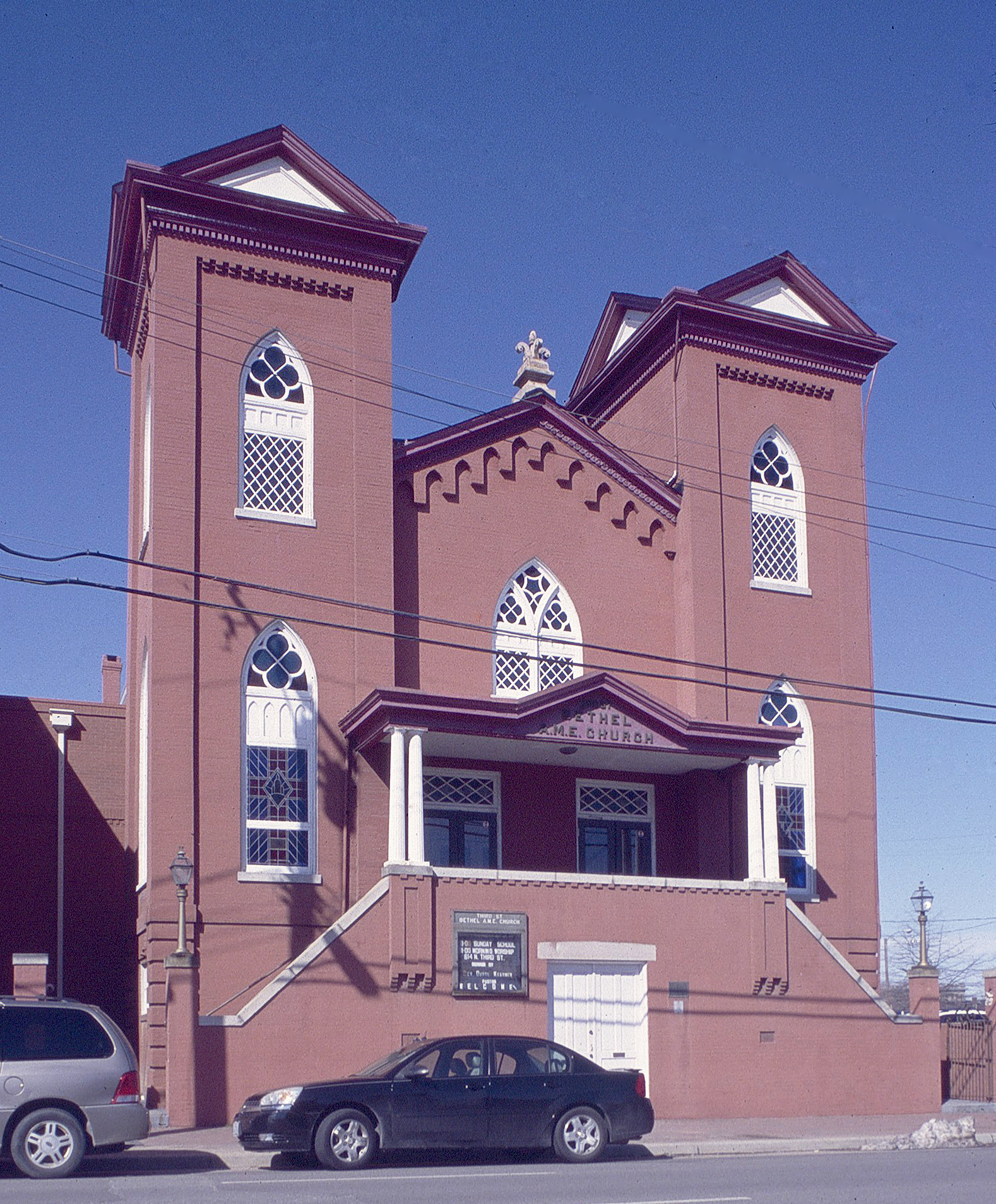 A landmark of the Jackson Ward Historic District, Third Street Bethel A.M.E. Church was built ca. 1857 to house one of Virginia’s first congregations to join the African Methodist Episcopal denomination. The building is among the very few antebellum black churches remaining in the country. Richmond before the Civil War boasted a large free African American population, thus an independent black congregation, while rare, was not extraordinary. To conform with pre-Civil War Virginia law, the church’s first pastor, G.W. Nolley, was white. In 1867 the Virginia Conference of the African Methodist Episcopal Church was organized here. The congregation prospered, and in 1875 the exterior of the originally plain brick church was embellished with a new facade incorporating brick towers and Gothic windows. The building was further remodeled in 1914 under the direction of architect Carl Ruehrmund.

An boundary increase and updated nomination form for the Third Street Bethel A.M.E. Church in Richmond provides more information about the church’s significance since its listing in the VLR and NRHP in 1975. Constructed in 1857, Third Street Bethel was recognized as the mother church of the AME denomination in Virginia in 1867, the year its first African American pastor was appointed. With substantial remodeling in 1875 and 1914, today’s Gothic Revival-style church has contributed to the broader history of African Americans from the mid-19th through the Civil Rights Movement of the 1950s and 1960s. In 1901, Maggie L. Walker, during an address at the church, laid out her plans for establishing a bank, a newspaper, and a department store, declaring, “let us have a bank that will take the nickels and turn them into dollars.” In 1970, the church’s pastor Reverend E. William Judge became the first African American man in Virginia history to participate in a gubernatorial inauguration, when he officiated for Governor Linwood Holton’s 1970 ceremony.
[VLR Accepted: 6/20/2019; NRHP Accepted: 8/7/2019]