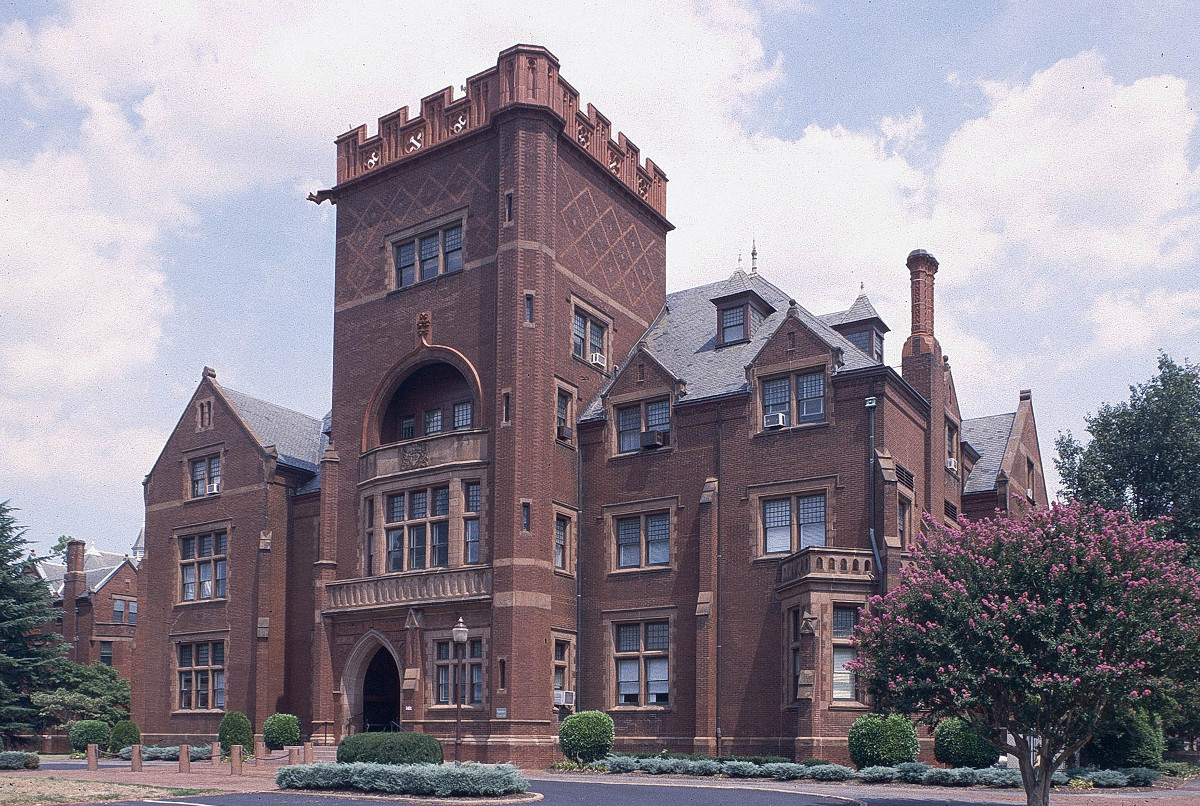 Begun in 1896, the seminary complex is a collection of dark-red brick High Victorian Gothic, Late Gothic Revival, and Queen Anne buildings. The ground plan and the majority of the buildings were designed by Richmond architect Charles H. Read, Jr. Later buildings were designed by Charles K. Bryant and Baskervill and Lambert, the latter completing the quadrangle in 1921 with Schauffler Hall, a Late Gothic Revival building, portions of which were incorporated into a new library erected in 1997. The whole forms a coherent expression of the dignity and style accorded academic campuses at the turn of the 20th century. Founded in 1812 at Hampden-Sydney College as a Presbyterian theological school, the seminary relocated to Richmond in 1896 on a twelve-acre site donated by Richmond tobacconist Maj. Lewis Ginter, within the Ginter Park neighborhood of north Richmond. The seminary has since played a leading role in religious education in the South.