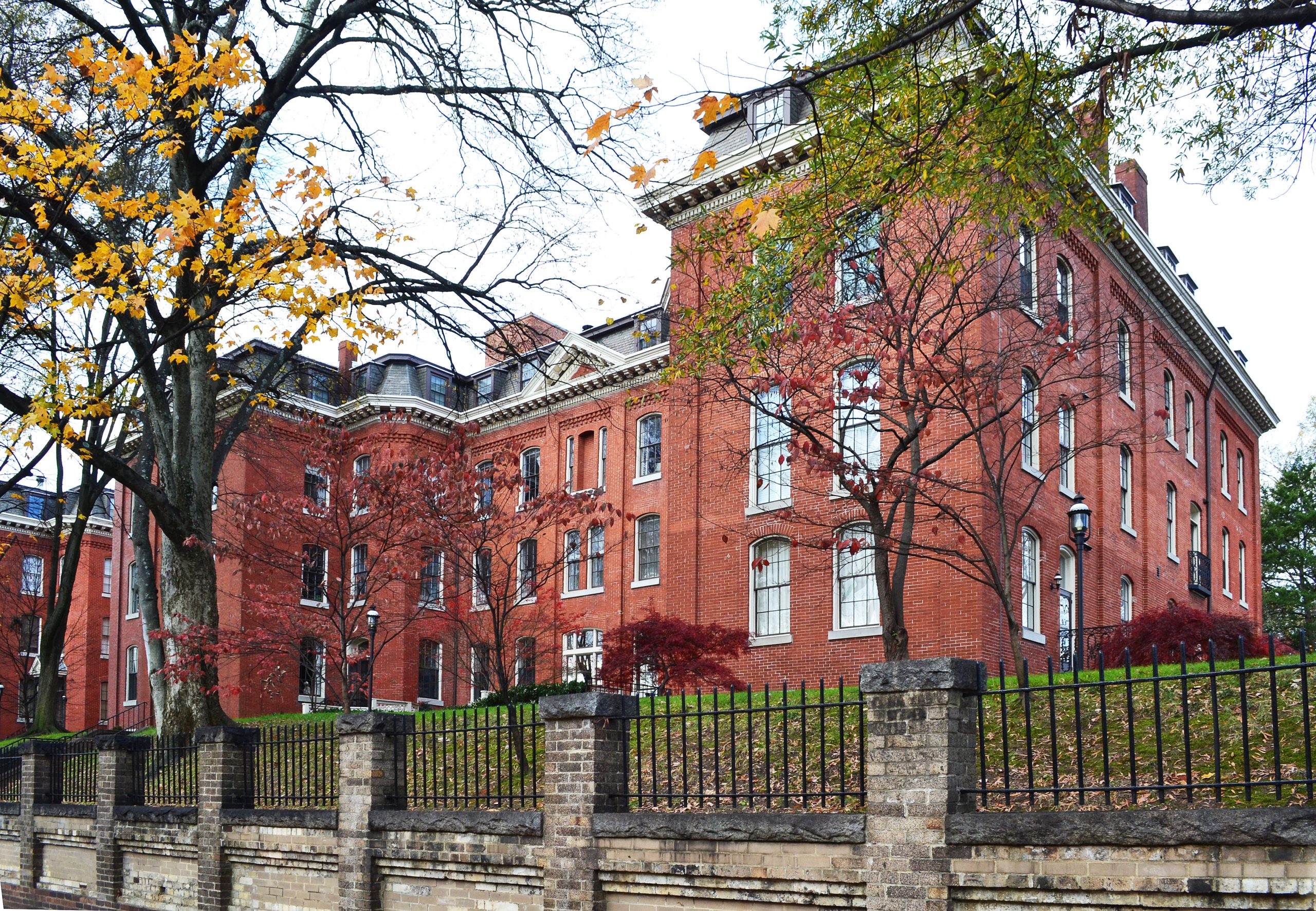 The former charitable hospital of the Little Sisters of the Poor is a massive and rare example for Richmond of late-Victorian institutional architecture. The St. Sophia Home of the Little Sisters of the Poor building is believed to incorporate the walls of Warsaw, a brick farmhouse built in 1832 as the residence of William Anderson, on whose farm a large part of the surrounding neighborhood, the present Fan District, was built. Warsaw was acquired by the Little Sisters of the Poor, a Catholic order of nuns, in 1877. Over the next two decades, it was transformed into a huge Second Empire-style building, a conspicuous symbol of ministry to the indigent in an otherwise tidy middle-class neighborhood. The nuns relocated in the late 1970s, and the complex was sold and remodeled into luxury condominiums known as The Warsaw.