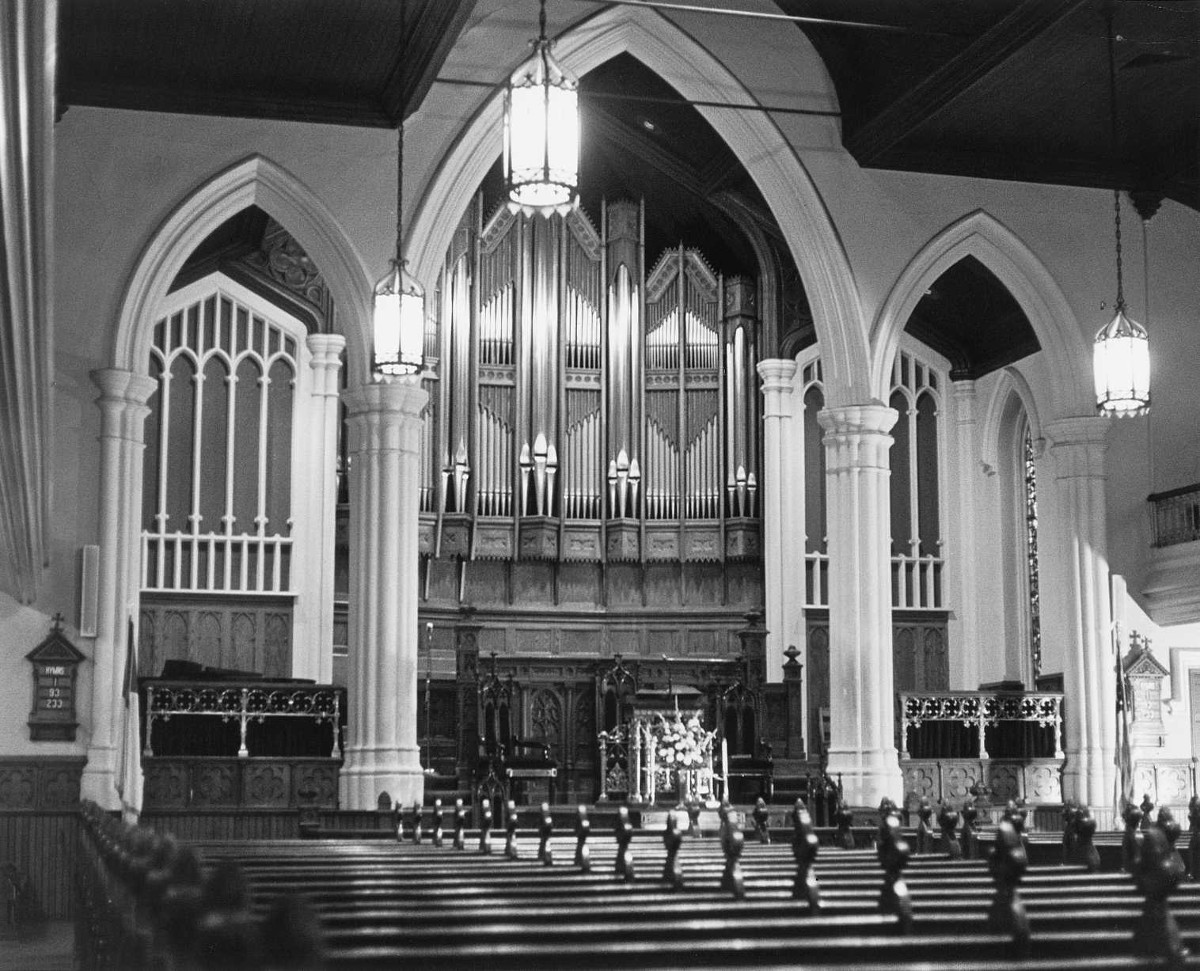 Centenary’s congregation was established in 1810. An inspirational visit from Bishop Francis Asbury in February 1812 rallied the members to complete their first building, known as the Methodist Meeting House on Shockoe Hill. The present church, erected 1841-43, was originally a simple Greek Revival work by the local builder/architects John and Samuel Freeman. It was completely remodeled in the Gothic style in 1874-76 by Richmond architect Albert L. West, who graced the facade with an imposing bell tower. Its twelve-bell carillon, known as the Talbott Chimes, first sounded on Easter Sunday, 1882. A landmark of downtown Richmond, Centenary remains the city’s oldest Methodist church building and one of its chief expressions of the Gothic Revival. The interior is dominated by large Gothic arches defining the chancel and framing an elaborate organ case installed in 1965. The richly colored cathedral-glass windows date from 1908-09.