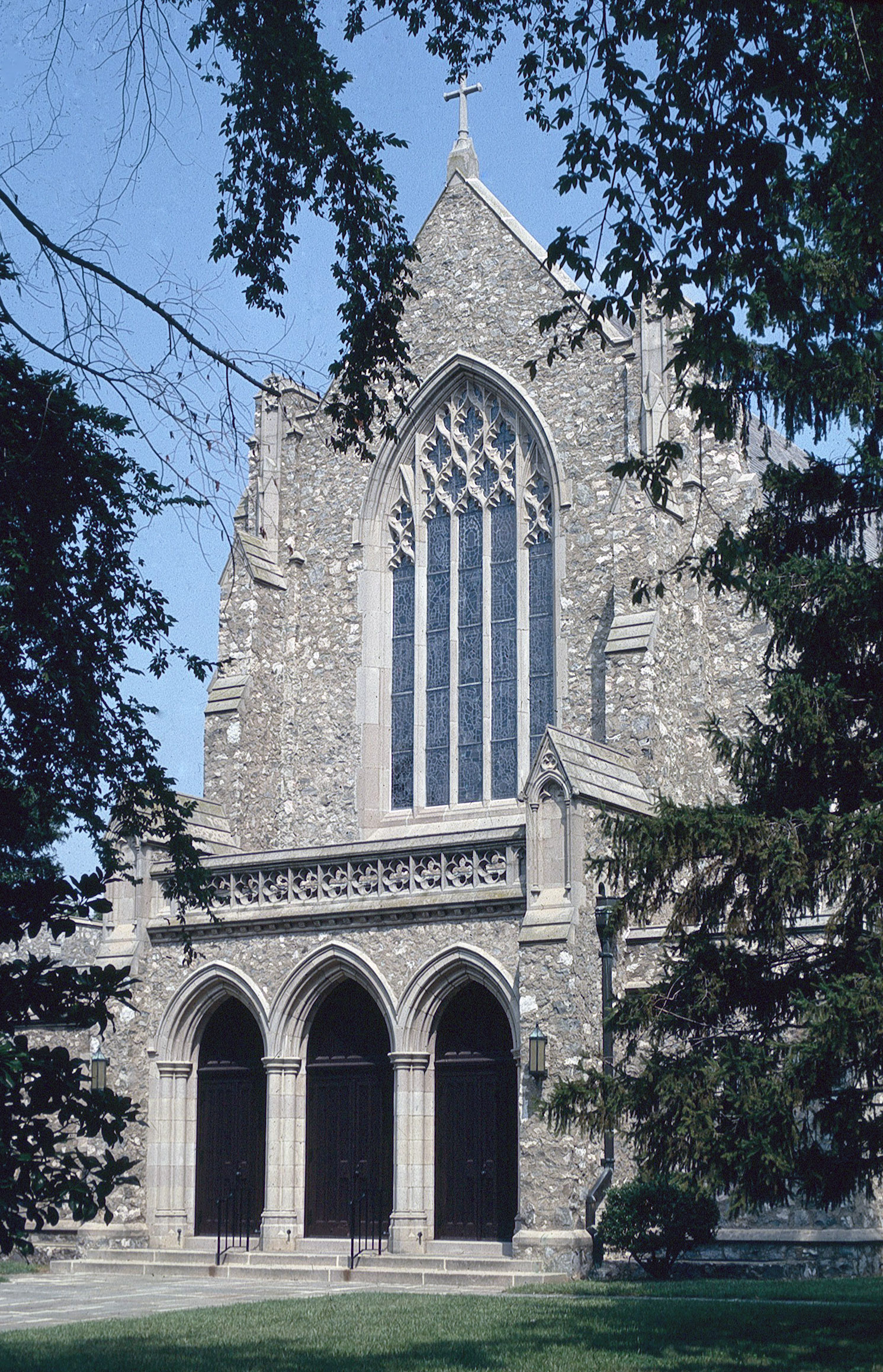 Designed by Frank E. Watson of Philadelphia and initially completed in 1928, St. Stephen’s Church illustrates in its form, materials, and ornamentation the exemplary scholarship and competence inherent in America’s Late Gothic Revival works. Built with rubble stone walls pierced by tall, pointed windows, the long, narrow structure is an adaptation of an Early English-style parish church. Under the direction of Philip H. Frohman, architect of the Washington Cathedral, the church was lengthened one bay and received a new façade in the Decorated style in 1950. St. Stephen’s thus grew in size and with stylistic variation much as its medieval models did. Among its appointments is a collection of stained-glass windows by the Willet, D’Ascenzo, and J. & R. Lamb studios. A polychromed triptych reredos, designed by Watson and executed by the woodcarvers of Oberammergau, Germany, embellishes the sanctuary.  St. Stephen’s Church anchors the Three Chopt Road Historic District in the west end of Richmond.
[VLR Listed Only]