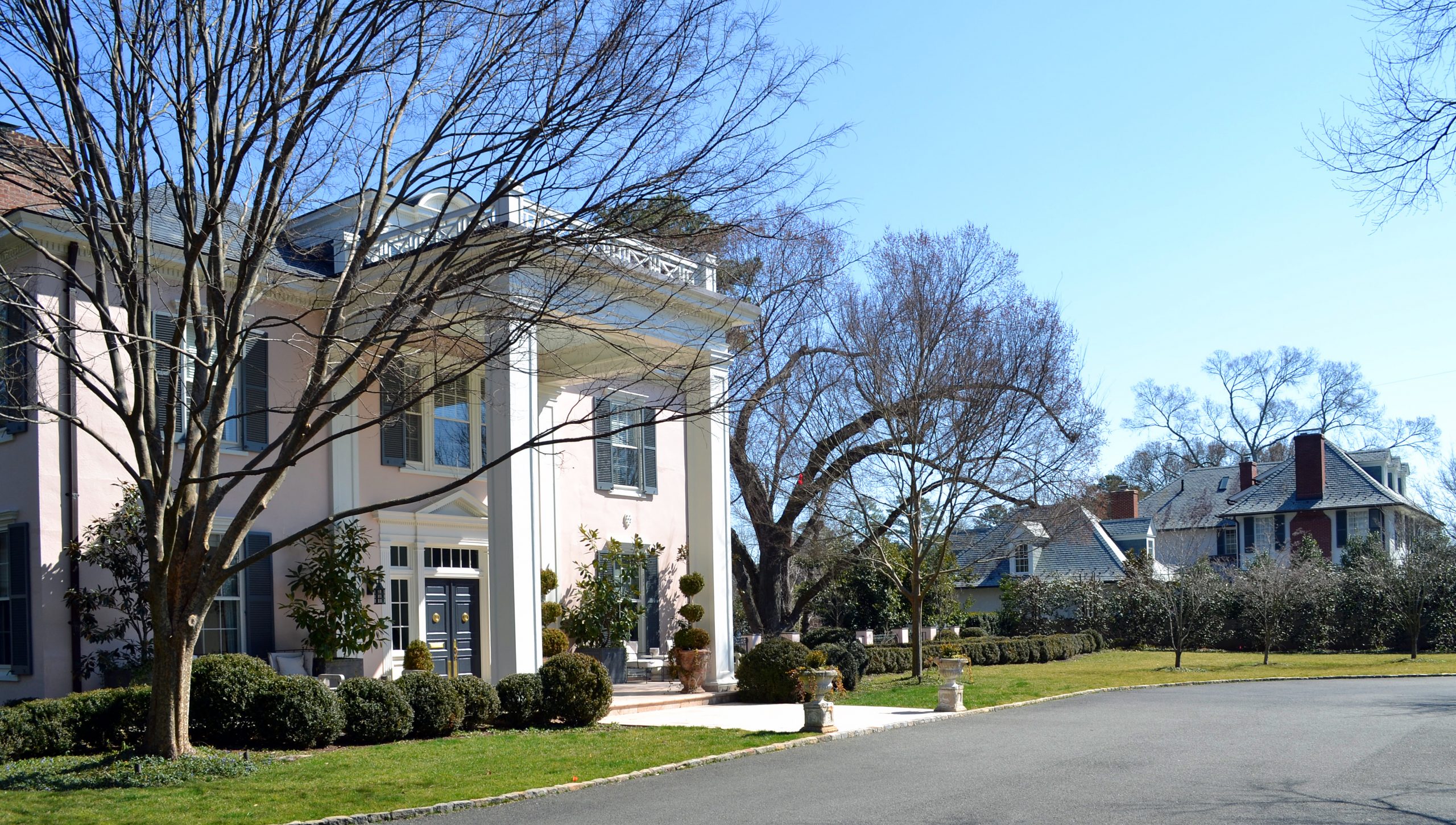 The Three Chopt Road Historic District encompasses a remarkable group of large, architect-designed, upscale houses and churches that arose along a 1.3-mile stretch of Richmond’s Three Chopt Road during the first half of the 20th century. The Boyd House is the only antebellum building in the district. In contrast to most streetcar suburbs of its day, which were typically laid out in street grids, the Three Chopt Road district developed as residential clusters along the historic roadway, and near to two streetcar stops. The district featured some of Richmond’s finest residential architecture and includes the work of numerous notable Virginia architects.