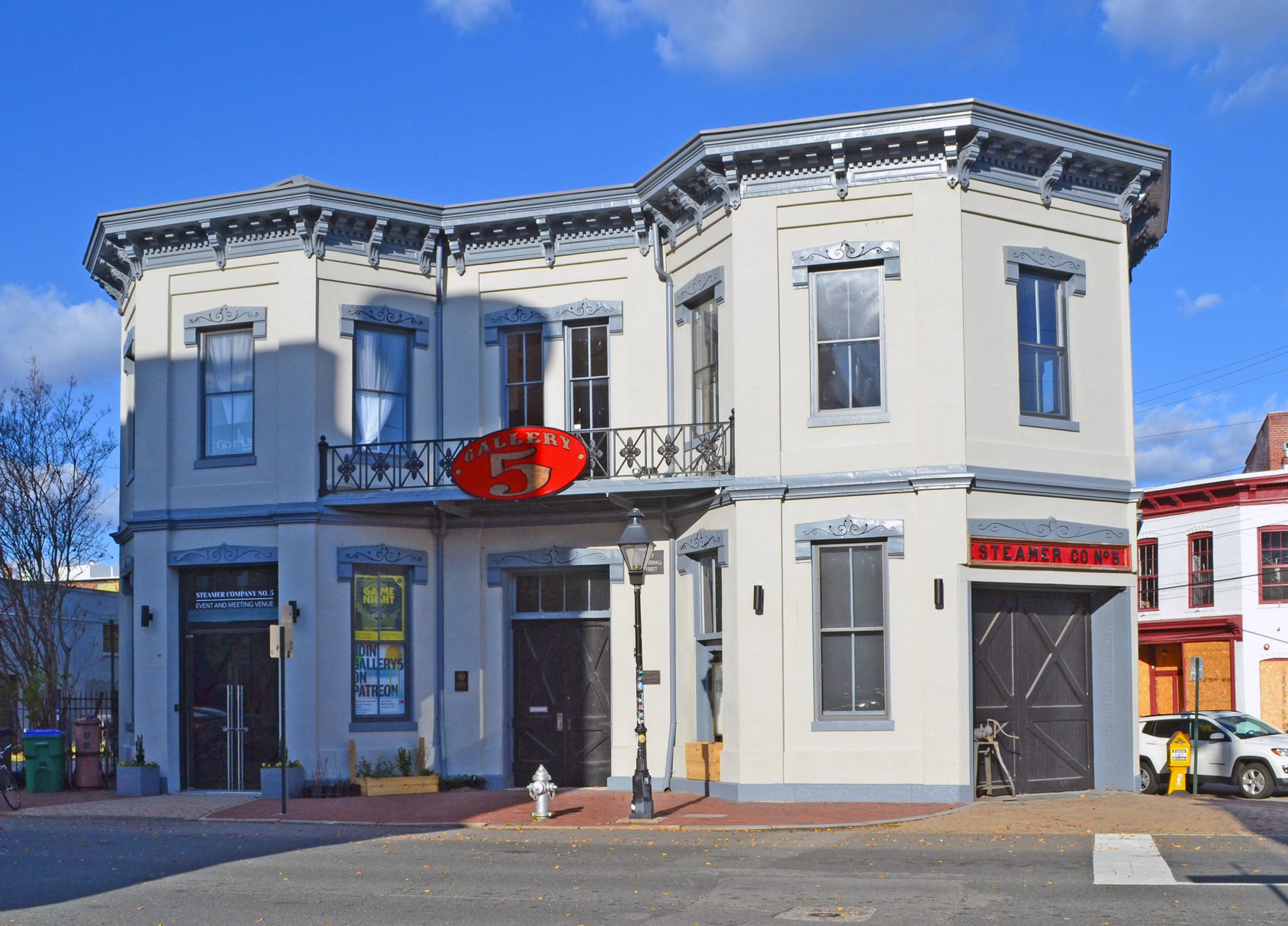 With its demi-octagonal projections, Steamer Company Number 5 is an architectural work ingeniously adapted to an irregular site. It was built in 1883 to continue the fire-fighting and police station functions begun in 1849 in a earlier building on this site in the Jackson Ward neighborhood. The polygonal Italianate structure is the most conspicuous and best-preserved of Richmond’s early firehouses. The building’s configuration and fabric illustrate the transition from horse-drawn to motorized equipment. Its name also suggests a certain archaic quality, referring to the days when steam was required to produce water pressure in vehicles. A fire-fighting tradition of 119 years at this site was ended in 1968 when a new firehouse was built nearby. The building was sold into private ownership in 1976 and has since been developed as the Virginia Fire and Police Museum.