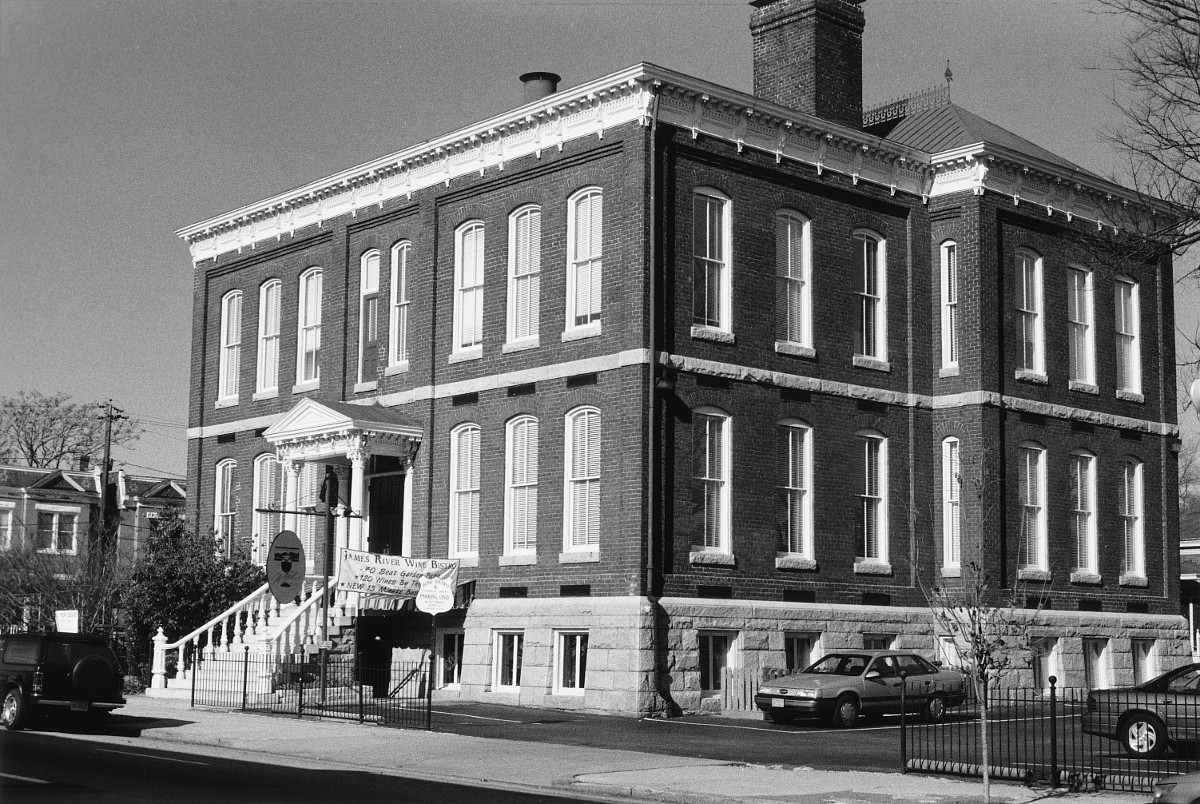 The pride with which public education was once regarded is evident in this forthright Victorian structure. Originally named the West End School, it was built in 1886-87 to serve Richmond’s westward expansion. The school’s construction marked the end of a turbulent period in the history of the city’s public education when considerable controversy surrounded the establishment of free public schooling for both races. The large scale and self-assured Italianate design made the school a prominent visual element of the neighborhood. Distinctive features are the richly detailed porticoes sheltering the principal entrances. The building served its original purpose for over eighty years and was closed when it could no longer meet modern standards. Since sold to developers, it has been sympathetically converted to office and restaurant use. A 1990 fire caused significant damage but the building was completely restored.