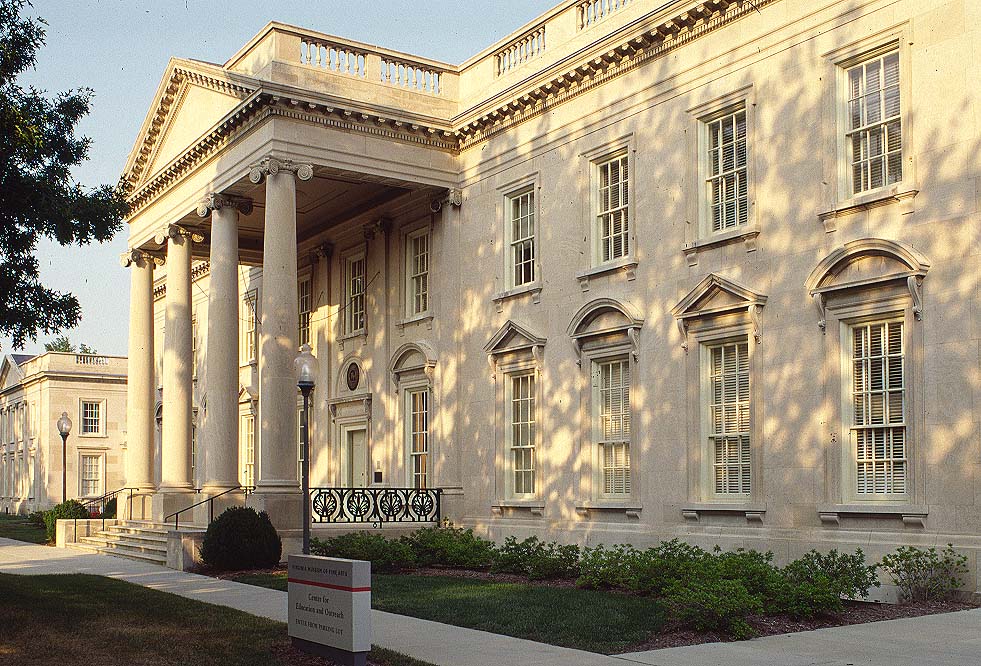 This handsome scaled-down version of the White House was completed in 1932 to serve wives, widows, daughters, and sisters, of Confederate veterans. Following a fire at the previous home downtown, Mrs. Andrew Jackson Montague, wife of the governor, campaigned for a fireproof facility. Sufficient funds were obtained by 1929; the site chosen was on the grounds of Camp # 1 of the Confederate veterans (located in the Boulevard Historic District). The design was provided by Richmond architect Merrill Lee. The choice of the White House as a model is not without irony. The White House, however, traditionally has been associated with domesticity and its image offered a stately setting for these revered ladies. With eligible occupants becoming extinct in 1980s, the property was transferred to the Virginia Museum of Fine Arts for conversion to studios and offices.