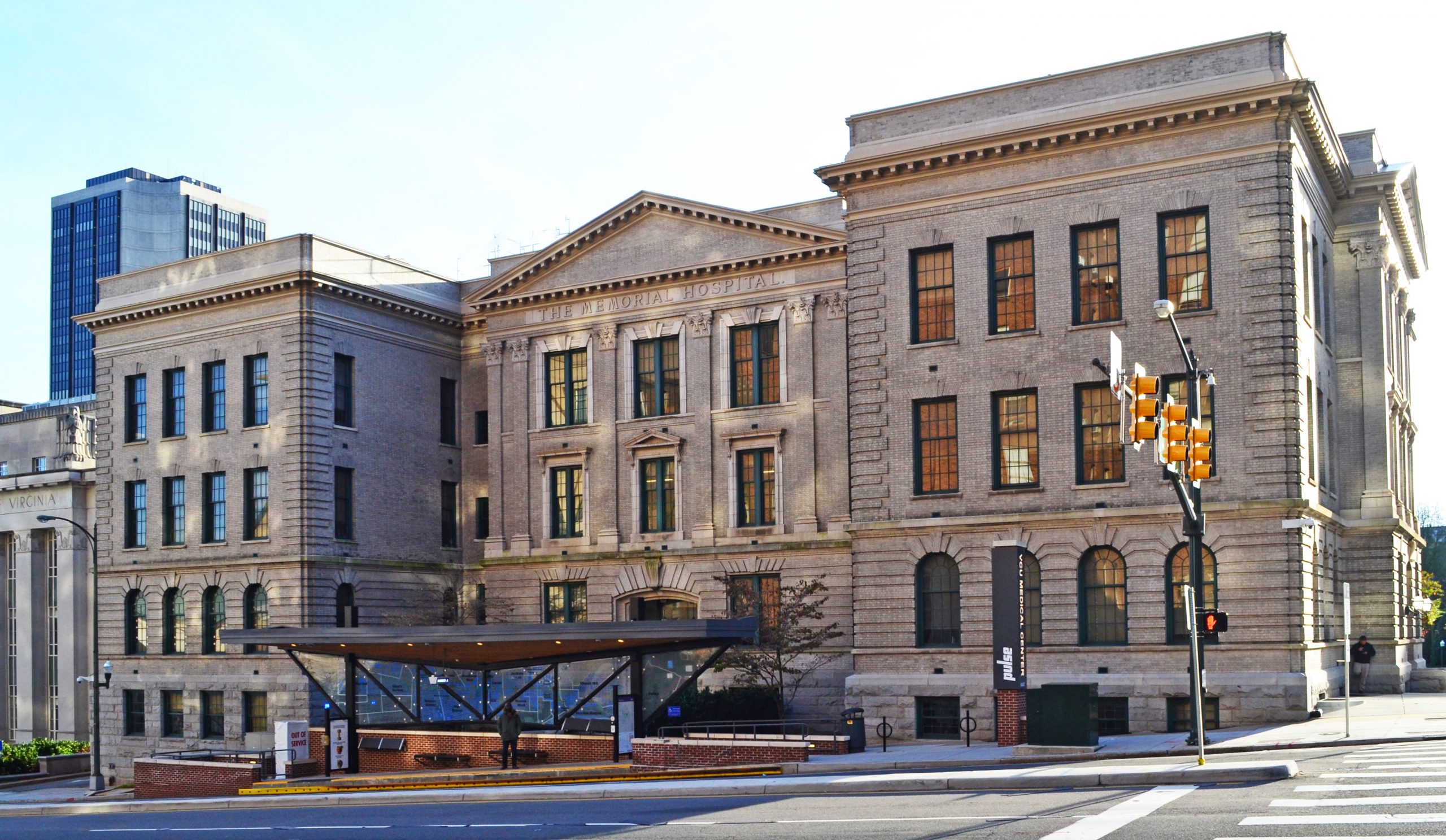 Charlotte Williams Memorial Hospital opened in 1903 as a teaching hospital for the Medical College of Virginia. It was built with funds provided by Richmond banker John Langbourne Williams in memory of his daughter, and was designed by Albert W. Fuller of Albany, New York, who specialized in institutional buildings. The stately neo-Palladian building had a variety of wards and three operating rooms, including a horseshoe-shaped surgical amphitheater with five viewing tiers surrounding a white-tiled operating arena, as well as an “etherizing” room. In 1990, the Virginia Department of Transportation acquired the hospital and rehabilitated it for office use. The project, planned in coordination with the Virginia Department of Historic Resources, was completed in 1996. The Historic Richmond Foundation recognized VDOT’s rehabilitation with its Award of Achievement which stated, “The restoration was carried out with very high standards and serves as an example to other state agencies of the advantages of enlightened preservation of old buildings. The retention of the operating theater is a special concession of great merit.”