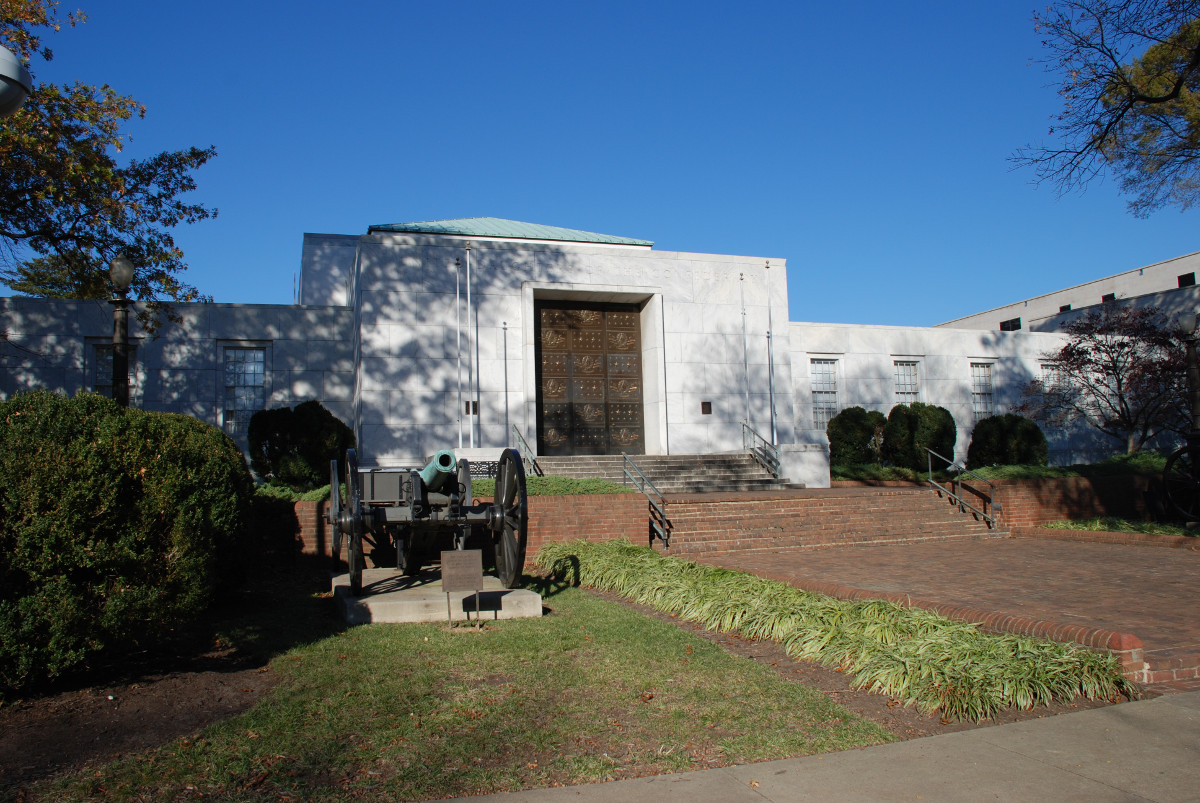 The United Daughters of the Confederacy Memorial Building, the organization’s national headquarters, was constructed 1955-57 on the Boulevard in Richmond, and sited next to the Virginia Historical Society building, formerly the Confederate Memorial Institute. Erected as a memorial to southern women who managed homes, farms, and businesses and endured economic and other hardships while caring for their families during the Civil War, the headquarters building sits on land formerly part of the Lee Camp Confederate Veterans Home. Its “Stripped Classical” style, expresses a modern interpretation of a three-part Palladian design. Though the UDC was formally organized from several smaller, informal women’s groups in the 1890s, it did not have a national home for many decades, until the Richmond site was selected from a list of other locations proposed throughout former Confederate states. The building also houses an archives and library, where it preserves documents relating to the years between 1861-65. The UDC evolved from an organization focused largely on preserving the history of the Confederacy to one assisting Confederate veterans and their families and finally to a benevolent and patriotic organization offering scholarships, providing support for American service men and women and their families, and conducting genealogical research.